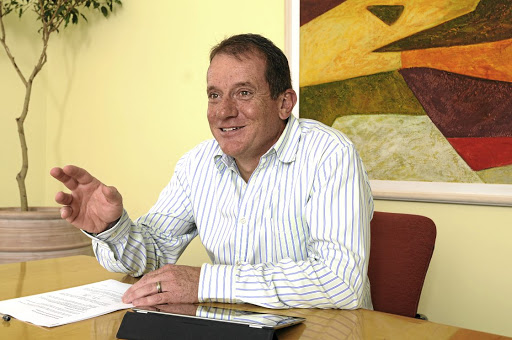 The investment holding company chaired by Johann Rupert wants to generate reliable renewable electricity, independent of Eskom, for its underlying portfolio companies, a move which it says is necessary for their survival and opens another avenue for investment and growth by the group.

“It is such an important thing to do to safeguard the future of our group and our underlying businesses — we have to do it because long term we don’t think we can rely on Eskom,” says Remgro CEO Jannie Durand, who was speaking to Business Day after the group’s interim results presentation.

Durand says the intention of the new division is to first focus on providing reliable, sustainable energy below the cost of Eskom to Remgro’s portfolio companies through solutions such as solar photovoltaic panels.

“We have so many warehouses, factories, hospitals and offices that we can become the biggest privately owned, rooftop-installed solar generator in the country,” says Durand.

By the end of this year, he expects Remgro’s underlying portfolio companies will have installed capacity of 24MW, and based on current energy prices, estimates the savings to the group will be more than R200m over 10 years.

But the plan is to go further, and ultimately offer these solutions to third parties.

“We are looking at our own energy platform that we want to invest capital into. Eskom is the biggest risk to this country and the biggest risk to growth. We want to become more independent from Eskom and we see opportunities to invest into clean energy, to utilise the infrastructure in the group such that we have power generating capacity inside the group, but on a clean basis,” says Durand.

Remgro is invested alongside Phuthuma Nhleko’s Phembani Group and Kigeni Holdings in the Energy Exchange of Southern Africa, which is creating a market for surplus energy.

The exchange allows licensed generators to feed surplus electricity into the national grid, providing a means of generating revenue from producers with surplus capacity.

This all comes at a time when Eskom is struggling to keep the lights on for demand that is lower than was seen over a decade ago and for which it still requires financial support from the government.

But the group also saw the benefits of its diversified portfolio as its investment in food group RCL Foods and alcohol beverages company Distell generated higher earnings over the period.

Remgro’s intrinsic net asset value per share rose 5% to R161.98 over the period.

Remgro slashes dividend after Covid-19 hit to FirstRand and Mediclinic

The investment heavyweight says that excluding FirstRand and Mediclinic, its investee companies were resilient during SA’s second wave
Companies
10 months ago

Criticised for being slow to latch onto new beverage trends, Distell has launched its range of Vawter hard seltzers to take on AB InBev’s Flying Fish ...
News & Fox
10 months ago