The bank rewarded staff for a pandemic-related trading boom, which unions and politicians are not happy about 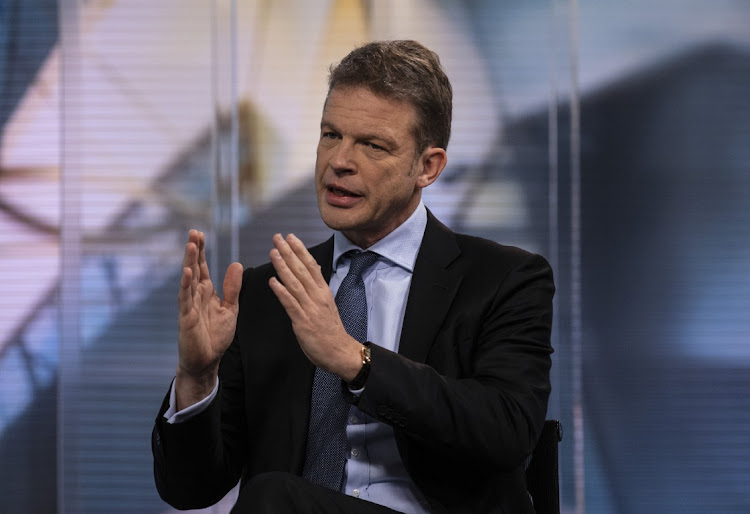 Frankfurt — Deutsche Bank paid CEO Christian Sewing €7.4m in 2020, up 46% from a year earlier, prompting criticism from unions and politicians.

The bank’s bonus pool was up 29% as it rewarded staff for a pandemic-related trading boom, which helped the German lender to eke out a profit after years of losses.

The disclosure in the bank’s annual report on Friday came as Deutsche said revenue would be “marginally lower” this year.

In Germany, which is facing an election year and where the public disapproves of high pay, the Verdi labour union called the payouts “grossly disproportionate” and politicians were critical.

“It doesn’t fit with the times that Deutsche Bank, which has also indirectly benefited from bailouts time and again, is having a coronavirus party,” Fabio De Masi, a member of Germany’s parliament, said in a statement.

2020 marked a turnaround for Deutsche and Sewing, who took up his post in 2018, after the bank had faced a series of costly regulatory failings, including over money laundering. The bank has lost €8.2bn over the past decade.

Its 2020, net profit attributable to shareholders was €113m after a loss of €5.7bn the year before as a surge in investment banking earnings offset weakness in other businesses.

“In 2020, we made great progress on our transformation into a sustainably profitable bank, and were even more relevant for our clients,” Sewing said in a statement.

The bank’s management board waived some of their pay in solidarity with those suffering from the impact of the coronavirus crisis, the statement noted.

The rise in the bonus pool for the whole bank to €1.9bn brings it to about the same level as 2018.

Deutsche has handed out bonuses as workers at the bank’s call-centres strike over demands for higher wages. Some of those workers earn as little as €12 an hour, according to union officials.

Jan Duscheck, who oversees the banking industry at the Verdi trade union, said it did not add up that top earners get big increases while those at the bottom of the pay scale get next to nothing. “Such a remuneration policy creates an extremely poor image of the bank and it should be urgently corrected,” Duscheck said.

Sewing’s package puts him among the more highly paid European bank CEOs this year for those that have disclosed pay packages so far.

At Barclays, CEO Jes Staley was paid £4m, down from £5.9m a year earlier. Executives at some other banks have also agreed to forgo pay to show support for people affected by the pandemic.

Santander’s executive chair Ana Botin and CEO José Antonio Álvarez had their total pay reduced by 50% for 2020. Outgoing UniCredit CEO Jean-Pierre Mustier gave up his variable compensation for 2020 and cut the rest of his pay by a quarter.

In Europe, firms are already cutting back on real estate costs and changing offices for hybrid work
Companies
1 year ago

How the US stimulus cheques could benefit ‘meme stocks’