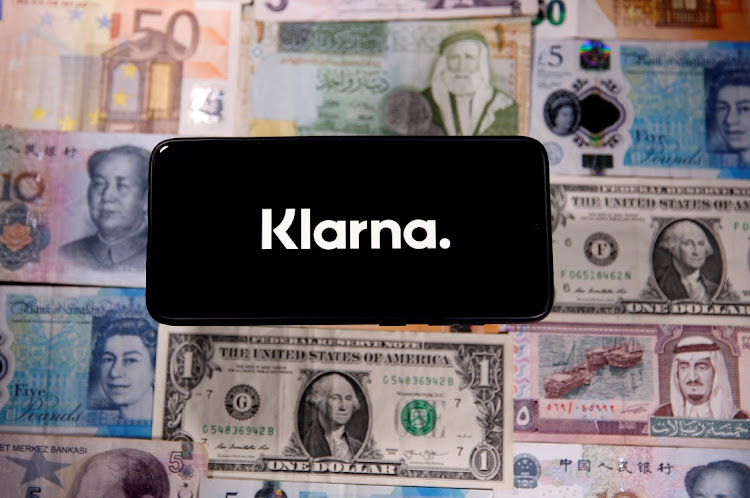 The Klarna logo on a smartphone. Picture: REUTERS/DADO RUVIC

Stockholm  — Swedish payments firm Klarna has nearly tripled its valuation to $31bn in less than six months with a new $1bn private fundraising round, the company said on Monday.

The new round was oversubscribed four times and will make the “buy now pay later” firm the most valuable European start-up.

It also puts the Swedish fintech on a par with many of Europe's biggest listed financial houses. At $31bn, the company's value is comparable to major financial houses such as Barclays, Credit Suisse and Swiss Re and is larger than Germany's biggest lender Deutsche Bank.

Klarna CEO Sebastian Siemiatkowski said  he believed there was more opportunity ahead.

“If you look at this valuation and compare it to some of the large retail banks in this whole industry, we are still a fraction of the opportunity that's out there,” he said in an interview.

Question marks over the “buy now pay later” business model have arisen during the Covid-19 crisis, with Britain among countries looking to bring in new legislation to protect consumers from overextending themselves.

But investors seem undeterred, and the latest deal caps a meteoric rise in value for Klarna, which completed a $650m funding round in September from a group of investors led by Silver Lake that valued it at $11bn.

More than 30 new and existing investors took part in the latest funding round with no investor playing the role of an anchor, a source familiar with the matter said.

“Spotting early success stories like Klarna and watching them grow into global unicorns is what makes us so bullish about the future of European tech,” said Hans Otterling, a partner at venture capital firm Northzone, an early investor in Klarna.

Klarna has been widely rumoured to be among a number of looming tech company listings, with bankers expecting it to complete a New York initial public offering (IPO) or a merger with a special purpose acquisition company (SPAC) — a listed vehicle created to bring private companies to market.

However, Siemiatkowski ruled out a SPAC deal in an earlier  and confirmed that the firm was considering a direct listing — a variation on a stock market listing that circumvents the costly marketing process of an IPO.

Klarna also said it would pledge 1% of the capital raised to a newly created initiative that focuses on key sustainability challenges around the world and would launch on April 22 on World Earth Day.

Siemiatkowski said he hoped the sustainability initiative may inspire other successful tech companies or fintechs and have “a big, meaningful impact”.

The global virtual events market is expected to grow from just under $100bn in 2020 to $400bn by 2027, Grand View Research data shows
World
1 month ago

The Swedish online lender, which posted its first loss since it launched in 2005, has invested heavily in new markets
Companies
1 year ago
Next Article