Forus listed the ​FDX token on the Forus Digital Exchange on February 1 2021, and is inviting investment 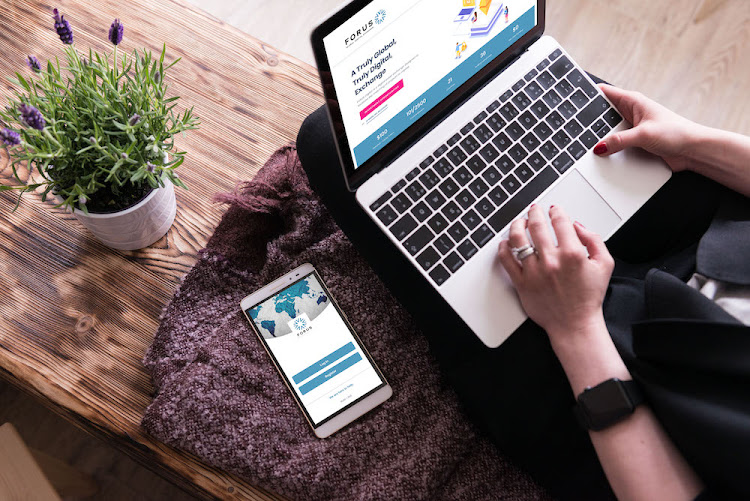 The state of the nation address (Sona) again highlighted that the government has the right economic recovery plan but not the financial resources to deliver on it. With time running out, harnessing the power of the digital sharing economy could provide the much-needed solution.

“We are fighting an economic war; we need economic bullets. South Africans need to invest in SA, not wait for foreign direct investment and bailouts from the IMF,” says Fisher. The country needs to pool expertise to ensure the lowest cost of capital, the most efficient distribution of funds, and the necessary oversight, efficiency, traceability and accountability.

He believes the answer lies in relying on financial marketplaces such as the Forus Global Digital Exchange to provide the private ​capital the government needs to fund development projects and power small business, while supporting a platform that offers communities participating in the digital ecosystem sustainable returns.

Cofounder Mary Brennan says the Forus platform, a digital exchange for the sharing economy, is a finance marketplace where you can share the risk and the costs across the ecosystem through supply chain visibility. Suppliers, producers and competitors share information, assets and markets, using blockchain technology to enable efficiency and access to the capital to achieve outcomes.

Forus operates a public utility blockchain and solution that provides a single, global, universal, trusted, user-authentication platform for mobile and web transactions, serving both the banked and the unbanked. It aims to promote the creation of an economically inclusive society and is designed to incubate businesses and social enterprise solutions. Production loan finance is available to approved candidates, businesses or community groups. 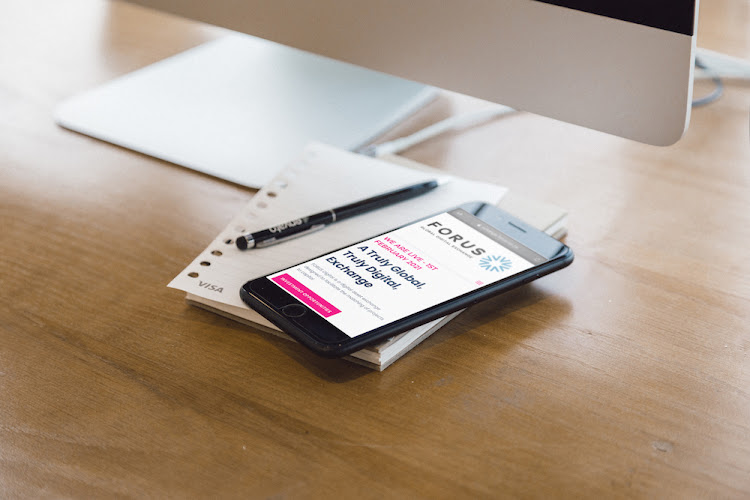 Forus stands for free, open, real-time, ubiquitous and secure. No fees on transactions or payments are charged, for both customers and merchants. Payments can be made real-time by anyone, anywhere, at any time. Its blockchain is secure and immutable, with two-factor authentication, tokenisation and end-to-end encryption. Transactions on the Forus blockchain process in milliseconds (more than 20,000 a second) and functions offline using cards, which is critical when operating in rural areas.

“Through this combination of attributes, the Forus African Wealth Fund is geared to harness the assets of our people. Forus has created the ​Maven programme, a ​co-operative investment network acting as an economic force multiplier where we buy, save and invest together,” says Brennan.

“A hundred million African citizens on the platform will generate a universal basic income. The reward for mobilising collective investment in the good African tradition of ubuntu, is collective shared gain.”

Digital currencies are integral to the functioning of a blockchain-based digital platform, enabling digital payments, production loans and investment into digital assets.

Forus uses fiat-backed digital currency, the ZARX in SA, to enable commercial activity. ZARX is a synthetic central bank digital currency (CBDC). Forus also uses a stable coin called the MahalaX, which enables stakeholders and users to participate in the revenue generated on the platform.

Fisher considers SA well-placed to position itself as a continental and global leader of the 4IR because of its depth of developed country skills and infrastructure, and the combination of developed and developing marketplaces. However, to become a leader and unlock the capital-raising benefits of the sharing economy, the government needs to create an enabling legislative environment, one that matches international first moves on recognising synthetic CBDC as electronic legal tender.

Forus is actively involved in a variety of international and local regulatory and industry initiatives to further the adoption of disruptive digital financial services alternatives. The company is also collaborating with the R3 Working Group to implement interoperable CBDC, with the Bank of International Settlements and some of the world’s biggest central banks, including the European Central Bank and the central banks of Japan, UK and Switzerland.

The Forus Digital Exchange comes at a time when the world’s leading economies are recognising and legislating to enable a swift and clean adoption of distributed ledger technology. Australia, New Zealand, Canada and Switzerland are among the leaders. In January 2021 there was huge international institutional acceptance of digital currencies. Against this backdrop, Fisher is on the mark when he says the future paradigm shift to digital currencies is here.

Forus listed the ​FDX token on the Forus Digital Exchange on February 1 2021, and is inviting investment. Visit ​www.xchange.forus.co.za to find out more.

This article was paid for by Forus Digital.