Africa is considered the fastest-growing market in the world and is projected to account for about a third of the total global population by the end of the 21st century.

Analysts agree that about 85% of global population growth will take place on the continent over the next 80 years. It is a staggering statistic that highlights the need for urgent and impactful socioeconomic intervention across Africa to meet the needs of such a fast-growing population.

It also highlights the opportunity that exists on the continent for savvy venture capitalists with leanings towards technology and innovation, a desire for potentially explosive growth and, admittedly, a stomach for slightly higher levels of risk than typically found in more developed regions.

Pre-Covid-19, the number of investors that fitted this bill was steadily growing in Africa and across the world. According to research by Partech Partners, $2.02bn in venture capital (VC) funding was invested in 2019 in 250 deals across Africa, involving 234 tech or digital start-ups. Compared with the $1.16bn in VC funding invested in 164 deals and 146 start-ups in 2018, the appeal of Africa as a compelling tech start-up investment destination is clear.

The strength of this investment appeal has continued to grow in the face of economic challenges presented by the pandemic. In the first eight months of 2020, African tech start-ups raised more than $600m in VC funding, which, contrary to expectations, represents an 8% increase on the same period in 2019.

This growing focus on early-stage African tech ventures over the past few years has come from international and African-based investors, and the interest from funds, corporations and retail investors continues to grow — a significant trend in terms of ensuring the sustainability of VC in Africa.

The obvious question now is: Despite the resilience of the VC sector in Africa during 2020, could we still see a delayed negative impact given that the pandemic is still creating far-reaching global economic challenges? And if the risk aversion we saw in investors in other sectors spills over into VC in Africa, what will it take to maintain the momentum in a sector that has been growing so well until now?

The simple answer is “yes” — that momentum can be maintained and, in fact, accelerated. All that is required is that we do not lose sight of the basics that have brought us to this point.

At the heart of these fundamentals is a continued focus on promoting tech, in all its forms, as a compelling career path. More than ever, Africa needs a pool of talented, tech-savvy entrepreneurs, and creating that pool requires a commitment by the public, private and education sectors to make top-tier technical education accessible to all. 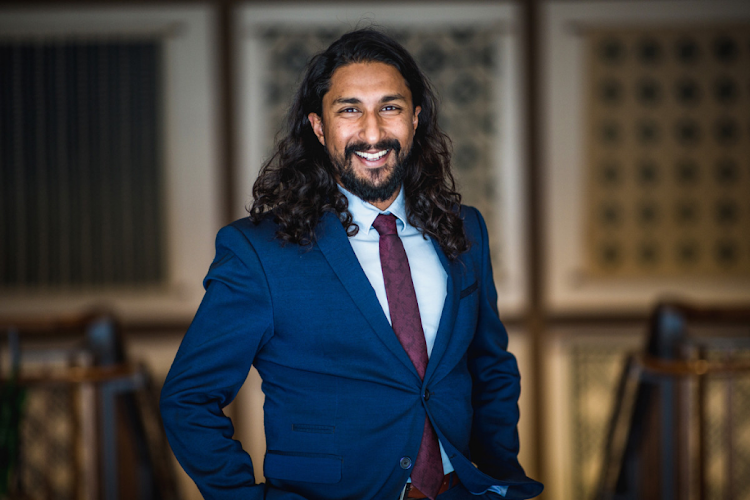 About the author: Zach George is principal of venture capital at Nedbank CIB. Picture: SUPPLIED

In parallel to tech entrepreneur development, the focus also needs to be on deepening the pool of risk capital available to fund tech start-ups in Africa. It’s important to raise awareness of the value that can be unlocked for high-net-worth individuals, families and VC groups by investing in early-stage VC instruments as an alternative asset class.

Of course, willingness to invest in these higher-than-average risk opportunities usually grows when there is evidence that government support is also in place. This requires a two-pronged approach involving the proactive reduction of red tape, combined with the intensive promotion of economic development through incentives, subsidies and research grants.

And, arguably, the most important component for a growing Africa tech start-up sector is buy-in from large, established corporations and a willingness to partner with start-ups to drive external innovation and disruption. Accelerators, incubators and high-growth entrepreneurial support hubs have a key role to play in growing this start-up culture in Africa. This is particularly true if they focus on creating opportunities for corporates to work with start-ups to deliver proof-of-concept pilots.

While there is much talk about how Covid-19 has changed what the world considered to be “normal”, the truth is that the post-Covid environment is likely to be even more conducive to tech start-up success.

The new normal world is going to be more reliant on digital innovation and disruption than the pre-Covid world was. And a strong, resilient, visionary tech start-up sector, backed by savvy venture capitalists who share its vision, will ensure that Africa is well-positioned to meet that growing digital demand.

This article was paid for Nedbank CIB.