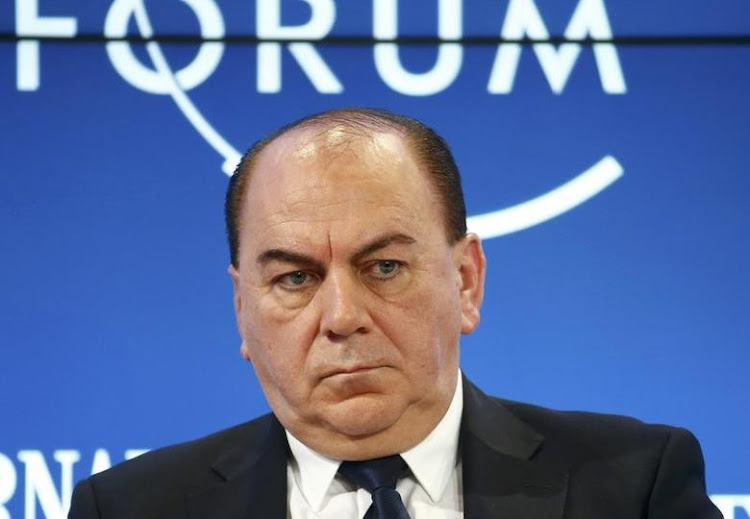 Zurich/Brussels — UBS chair Axel Weber says he does not expect to combine any time soon with Credit Suisse, after his counterpart at the Swiss rival said at the weekend a merger would not be “unreasonable” and could bring several benefits.

Both banks recently appointed new CEOs, and both chairs are due to step down soon, making this an inopportune time for a deal, Weber said in an interview on Monday. His comments follow remarks in a Swiss publication by his counterpart at Credit Suisse, Urs Rohner, who gave the strongest indication yet that such a deal could eventually happen.

“It’s always accretive if two domestic banks talk about mergers but they are very, very hard to implement,” Weber said on Bloomberg TV. “I don’t expect these things to happen at the current juncture. I think this will be things discussed for years to come before we see any concrete movement.”

European banks are trying to bulk up in their home markets before long-awaited cross-border consolidation takes hold, with deals in Spain and Italy reviving speculation about larger transactions. In Switzerland, Weber has been studying the feasibility of a mega-merger with Credit Suisse as part of a regular thought-exercise on future strategic options, people familiar with the matter told Bloomberg in September.

UBS and Credit Suisse are smaller than rivals in the US and less richly valued by investors, and a single institution would have more clout, Rohner said in the interview with Swiss newspaper Schweiz am Wochenende. While declining to comment on “rumours” about a possible combination, he said bank chairs have a duty to think about such scenarios.

Both Rohner and Weber are nearing the end of their terms, and both banks have recently named new top executives. At Credit Suisse, Thomas Gottstein took over in February from Tidjane Thiam, while Ralph Hamers recently took the helm at UBS.

“We just had new management,” Weber said in the interview. “The chairman over there is changing, my term is nearing an end. This is not the time where you go into discussions like that.”

Hamers has the next 100 days or so to take an in-depth look at the bank’s businesses, Weber said, adding that UBS plans to update investors in the first quarter on strategy and “what the future direction of travel will be”. Like the 2008 financial crisis, the Covid-19 has changed the way the bank operates and that may persist for much longer than originally expected.

“We are not in a rush to change things, we have had a pretty good year,” Weber said. Still, “you really need to look at the bank and its profile in a post-Covid environment”.

Credit Suisse cranks up signal over merger with UBS