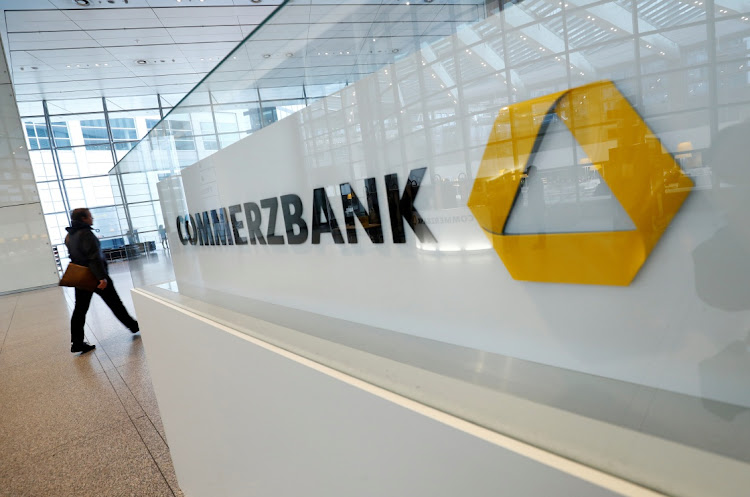 Frankfurt — Commerzbank abandoned its goal for a full-year profit after losses tied to the failure of Wirecard, underscoring the challenges for the German lender as it seeks a new CEO.

The unexpected hit blemished an otherwise solid quarter, with net income of €220m, well above analyst estimates. The bank’s online broker Comdirect posted record revenue from trading when volumes surged during the pandemic. Commerzbank said it may have to set aside as much as €1.5bn in 2020  for bad loans, more than it had previously predicted.

“All in all, a good set of numbers,” Morgan Stanley analyst Izabel Dobreva wrote in a note. The estimate for loan-loss provisions, while raised, remains below the consensus for full-year, she said.

The results cap a dramatic period that culminated when CEO Martin Zielke and chair  Stefan Schmittmann announced their resignations in July amid mounting calls from shareholders for deeper cost cuts. Hans-Joerg Vetter, who succeeded Schmittmann on Monday, will now have to find a CEO who can navigate the conflicting demands of stakeholders and put the lender on a sustainable footing during the country’s worst crisis since World War 2.

Commerzbank rose 4.3%  in Frankfurt trading, paring losses this year to 14%.

The bank stashed away €469m in the second quarter to deal with an expected mountain of bad debt. That’s the highest since 2013. For the full year, it now expects to set aside between €1.3bn and €1.5bn.

The cut to the outlook was driven by a single provision that cost the bank €175m last quarter, it said in its quarterly report. That case was Wirecard, according to a person familiar with the matter who asked not to be identified.

The firm is among the lenders hit hardest by the collapse of Wirecard, which filed for insolvency after saying that €1.9bn  previously reported as cash on its balance sheet did not exist. The payments company had a credit facility of €200m with Commerzbank, of which about 90% was drawn at the time of its undoing, Bloomberg has reported. ING Groep, ABN Amro and Landesbank Baden-Wuerttemberg, or LBBW, had a similar exposures.

That hit is now likely to push Commerzbank into the red for the full year. But even before it cut the profit outlook, analysts were already expecting the bank to post a full-year loss of about €300m.

The outlook revisions makes it “all the more important that we reduce our costs to be able to cushion future burdens”, CFO Bettina Orlopp said. “We are working on this and have stepped up the cost target for this year.”

As a first step, the bank said it plans to bring costs down this year, after earlier targeting a level in line with 2019's target.

Before Zielke announced his resignation in July, he was working on a radical overhaul that he was planing to present on the day he reported second-quarter results. That plan would have cut about a quarter of the workforce, closed as many as 80% of the branches, and shrunk its foreign presence while financing the restructuring by drawing down the capital cushion, Bloomberg has reported.

Orlopp said on Wednesday the bank has made good progress on the details of the new strategy but would wait to present it until there is a new CEO. She also confirmed that Commerzbank will use its capital cushion to finance the planned cuts and reiterated that the increasing client adoption of online channels had reduced the need for branches.

The appointment of Vetter, a former CEO of regional lender LBBW, was opposed by Cerberus Capital Management, the most vocal critic of the bank’s leadership as of late. But with a stake of just about  5%, the US private equity firm has a limited say in a company still controlled by the government.

HSBC’s UK business has been hit particularly hard, as it took a $1.5bn charge against expected credit losses
Companies
11 months ago

The lender says tightening its regional structure and centralising advisory and lending, will help the unit grow profits by 10% annually from 2021
Companies
11 months ago