London-based HSBC, which makes more than half of its revenue and almost all of its profits in Asia, is walking a political tightrope in its attempts to further push into China 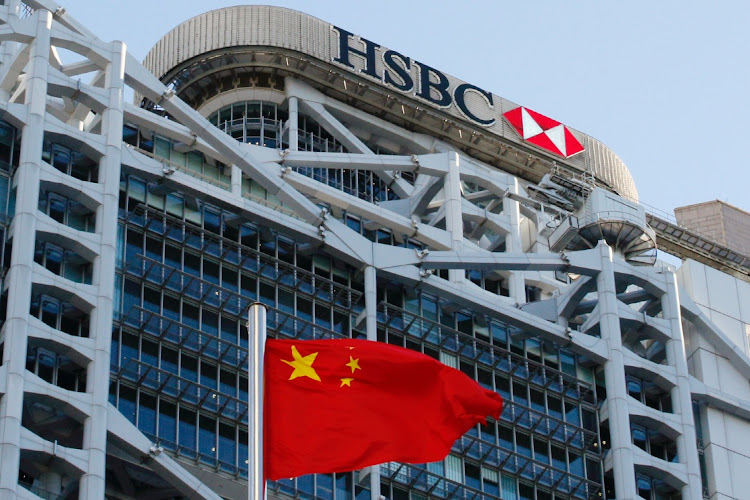 Hong Kong — HSBC is planning a big boost to its wealth management staff in China in a bid to lift its sagging profits, increasing its presence in the face of mounting political tensions between Beijing and Western governments.

In conjunction with its earnings release on Monday, which revealed first-half profit halved, the bank said it was targeting hiring 2,000-3,000 wealth planners within four years in China. The first 100 new people have already started in Guangzhou and Shanghai, it said.

London-based HSBC, which makes more than half of its revenue and almost all of its profits in Asia, is walking a political tightrope in its attempts to further push into the world’s most populous nation. The move is taking place at a time when the bank is handling criticism over its dealings with Huawei and an endorsement to China’s controversial security law on Hong Kong.

“Current tensions between China and the US inevitably create challenging situations for an organisation with HSBC’s footprint,” CEO Noel Quinn said in a statement Monday. “However, the need for a bank capable of bridging the economies of east and west is acute, and we are well placed to fulfil this role.”

HSBC is joined by a bevy of competitors, including bank rivals such as JPMorgan Chase and fund giants BlackRock and Vanguard, in moving into China, a huge asset management market with a projected $30-trillion to go after. The country is opening its financial markets further this year to foreign investment banks and insurers, partly in a bid to boost economic growth.

The hunt for talent is seen as one of the biggest obstacles to expand, with local banks also pushing ahead. China’s Citic Securities has added about 1,500 investment advisers since 2017, an increase of 73%, according to a December report by Goldman Sachs.

HSBC said on Monday it was looking at further measures to boost performance, speeding up its pivot to Asia while cutting back in Europe and the US and accelerating a restructuring of its businesses that could cut 35,000 jobs across the group.

Even so, the bank reported a $26m loss for its wealth and personal banking business in China in the first half, while making an overall pretax profit of $1.5bn in the country.

Earlier this year, HSBC combined its retail banking and wealth management, and private banking businesses with $1.4-trillion in assets. Its private banking unit said in March that it targets to triple the number of billionaire clients in Greater China in the next three years.

“Our new venture in mainland China, signals not only our commitment, but our progress in increasing investments in people, technology and wealth capabilities over the next few years,” Greg Hingston, HSBC’s head of wealth and personal banking in Asia-Pacific, said in a statement. “This will be central to our ambitions to become the leading wealth manager in Asia.”

HSBC’s UK business has been hit particularly hard, as it took a $1.5bn charge against expected credit losses
Companies
1 year ago

Despite saying it had nothing to do with the arrest, and backing China’s new powers over Hong Kong, the bank was described as being at ’rock bottom’
Companies
1 year ago