Absa to pay dividend, while Standard Bank weighs holding on to R8.6bn payment 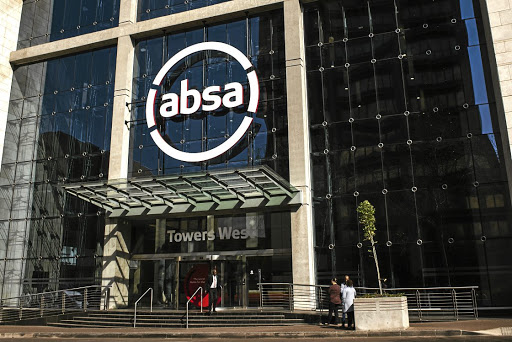 Absa will follow through with R5.3bn shareholder payout later this month, it said on Tuesday, reassuring investors after the Reserve Bank urged lenders to consider closing dividend taps and use the money to contain the economic fallout from the novel coronavirus.

“While the board agrees with the need to conserve capital in the current environment, legal advice confirms that a dividend must be paid after having been declared and communicated,” Absa said in a statement.

The lender’s comments come a day after the central bank’s supervision division, the Prudential Authority, issued a non-binding recommendation for the industry to consider suspending dividends and putting bonuses to senior managers on hold to build up the capital buffers and continue to lending.

Businesses and households are hunkering down for a prolonged economic slowdown after President Cyril Ramaphosa issued a 21-day lockdown to fight the spread of the virus. The move has triggered a fight for survival for businesses cut off from their customers and forced some employees to forfeit all or portions of the salaries.

Absa is due to pay 620c per share in final dividends, translating into just over R5.3bn in payouts to shareholders in the six months to the end of December. The company said it would take the Prudential Authority's guidelines into consideration in the 2020 fiscal year.

Rival Standard Bank, which is due to pay ordinary shareholders about R8.6bn in dividends this month, said was considering the recommendation.

But given that the dividend  has already been declared and shareholders told  to expect the payment, it might have follow in Absa’s footsteps. Nedbank, which is due to reward shareholders with R3.5bn later this month, is in the same boat.

The JSE banking index fell as much as 4% on Monday before recouping all the losses to close 6.72% higher and far outpacing a 2.72% gain the broader JSE all-share index. The banking index has lost more than one-third of its value so far in 2020, more than twice the decline of the broader market.

FirstRand, with a portfolio that includes FNB, Rand Merchant Bank (RMB) and WesBank, paid its interim dividend of R1.46 a share, or R8.2bn, on Monday.

Capitec is scheduled to release its results to end-February in mid-April. In its year to end-February 2019, the group declared a final dividend of R11.20; it has about 115-million shares in issue.

The guidelines on shareholder and executive bonus is the latest effort by the central bank to free up capital for the industry to absorb defaults and continue to lend to the economy, whose fragile prospects have been whacked by the pandemic and higher borrowing costs after ratings agency Moody’s Investors Service sent the country’ sovereign debt to junk.

Last week, the Bank said it would give lenders a break for dipping into their regulatory capital buffers to free up about R320bn in lending. The central bank has also said it would be flexible about how banks account for clients who have taken up a range of debt relief and payment holidays to cope with economic impact of the virus.

The Bank has given lenders breathing room through relaxing capital and liquidity requirements, said Ron Klipin of Cratos Asset Management.

“So, as a quid pro quo, the conservative way ahead is to maintain strong balance sheets,” he said.

Full impact of shutdown will be felt in next three months, FNB expects