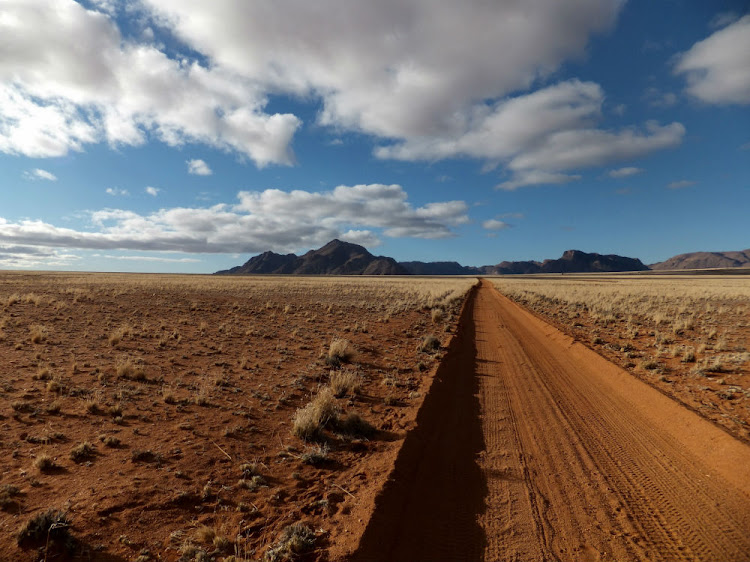 SA faces a tough recovery from the pandemic, on top of a Moody's downgrade to junk. Picture: PEXELS.COM

As the Covid-19 pandemic escalates both globally and domestically, concerns are mounting at an exponential pace about the ultimate impact on the economy.

SA was already in recession when the coronavirus hit our shores, and Moody’s credit rating downgrade to subinvestment grade was likely even before the lockdown, due to the country’s stalled growth momentum, ballooning fiscal deficits and slow progress with essential structural reforms. Notably, Moody’s has retained a negative outlook on its new rating.

With the global economy now likely to enter a fierce recession, SA looks set for a very cold economic winter. Absa recently forecast that GDP in SA would contract in the second quarter by 23.5% quarter on quarter after seasonally adjusting and annualising the data, with particularly hard knocks for mining, manufacturing and various service industries supporting tourism, which has now come to a dead stop.

At this stage, no-one knows when the pandemic will be brought under control, nor what the multiplier effects of different negative economic shocks will bring. Covid-19 is a health shock that has mutated into a complicated tangle of a demand shock, a supply shock and a financial shock, all coming together at a time when SA was poorly fortified economically to deal with it.

We assumed in our recent forecast that some partial growth recovery would be likely in the third quarter, and that overall the country would post a GDP contraction of about 3% in 2020. However, as we warned then, the risks were and are still skewed heavily to the downside here, and they have likely mounted in the short time since we published that forecast.

If the need for strict social distancing measures, which keep firms shuttered and people sequestered at home, lasts for longer than envisaged, the economic hit will be greater than we initially envisaged.

With SA having reported the first confirmed Covid-19 cases in some of its densely populated townships, Italy provides a sobering warning, with the government there now warning that the national lockdown, which was initially supposed to end only on April 3, will instead be very long and lifted only gradually.

Italy, whose population is only slightly larger than SA’s, is considerably further along the pandemic incidence curve, with nearly 102,000 confirmed cases (compared to SA’s 1,326 as of March 29 2020) and nearly 11,600 deaths.

However, the number of new coronavirus cases jumped in China on Sunday, while the number of asymptomatic cases surged too
Markets
1 year ago

Positively, there is a possibility that SA’s relatively early rise to the challenge compared with some hard-hit countries that were caught more unawares will shepherd us through the crisis relatively lightly.

But this is a hope, rather than a strong likelihood. Widespread poverty, and consequent crowding in densely populated townships, high rates of potential comorbidity factors such as HIV and tuberculosis, and weak public health care systems suggest that the crisis could easily escalate sharply and quickly here too. It is unclear how long the draconian social distancing measures, with their attendant costs to the economy, will need to last to bring Covid-19 under control.

Moreover, even assuming that the pandemic is brought under control by the end of the third quarter, the economy is unlikely to reboot immediately. Many parts of the economy will be damaged in the intervening period: firms will close, people will lose their jobs, capital will have fled to safety. This will not be easy to recover from. The SA Reserve Bank has introduced substantial measures to ease financial conditions in SA, including 125bp of interest rate cuts since the end of 2019. We think another 50bp of easing is likely in May.

But at the end of the day, monetary policy measures are unlikely to be enough to lift the economy out of ICU. Rather, substantial fiscal medicine is needed. Alas, the medicine is exceptionally expensive in SA, which had no fiscal buffers to speak of entering the crisis and which pays a high real interest rate for the spending medicine.

National Treasury has announced various steps to support the economy, including most notably an expansion of the eligibility criteria for the employment tax incentive to encourage firms to hang on to their workforce during the crisis. The value of this measure is estimated at R10bn, while the other two measures — the deferral of PAYE and provisional tax for small- and medium-sized enterprises — will cost the fiscus R5bn.

The R15bn may seem like a large amount to help SA’s economy get on its feet, but it is not. It amounts to about 0.3% of GDP. Elsewhere, particularly in wealthy developed countries, governments are rapidly ramping up their spend.

The $2-trillion stimulus package amounts to about 10% of GDP, and other countries such as the UK and Germany are set to spend an even greater share of national income on the crisis. SA’s government will also likely have to increase its help to firms and workers (including 2.9m citizens who were eking out a living in the informal sector as of the fourth quarter of 2019) the question of how this can be financed remains unanswered, especially since bond yields have shot up amid investors’ flight to safety.

The IMF says it is ready to deploy about $1-trillion lending capacity to allay the effects of the current pandemic — but it also says it has more than 80 countries queuing up for assistance and that emerging markets’ financing needs total over $2.5-trillion. So far, its Catastrophe and Containment and Relief Trust assistance is focused on low-income countries. The Brics (Brazil, Russia, India, China and SA) bank and the World Bank are oriented towards project lending, but this could shift under the exigencies of Covid-19.

For now, however, finance minister Tito Mboweni has said he is keeping his options open about approaching international financial institutions for help. It’s not yet clear, however, exactly which sorts of programmes will be both available and palatable to such a unique country as SA for such a novel type of crisis.

Ultimately, SA will need not only enhanced spending on health care, but also likely much higher levels of support for hard-hit firms and consumers who have lost their jobs.

So Covid-19 leaves the question front and foremost: what is to become of our millions of jobless and working-but-impoverished citizens?

Around the world, the Covid-19 epidemic’s likely long-lasting negative impact on employment has elevated the idea of universal basic income to the front line of debate. As everywhere, the challenge is financing but in SA it is all more acute, given the extreme income inequality and narrowness of the tax base.

Even at the upper bound poverty line of R1,227 a month, a basic universal income for every SA adult over the age of 19 would amount to nearly R550bn, about 10% of GDP.

Of course, this cost could be brought down by means testing the benefit (essentially turning into a guaranteed basic income) or by eliminating the existing old age pension and child support benefits (worth just shy of 3% of GDP) as additional benefits, or, more drastically, by setting the UBI at the lower-bound poverty line of just R561 a month, but even so the numbers in aggregate look unworkable without a deep reordering of our fundamental socioeconomic architecture.

So Covid-19 leaves the question front and foremost: what is to become of our millions of jobless and working-but-impoverished citizens? As the government scrambles for money in the near-term to deal with the crisis at hand, it would also do well to heed the words of one of US President Barack Obama’s advisers to “never let a good crisis go to waste”. Times of severe crisis can generate paradigm shifts, allowing movement where before there was only a log jam.

In the meantime, financing for the immediate needs is essential. If regular bond issuance is seized up, perhaps a tax-free Covid-19 solidarity bond aimed at retail investors, might be an idea worth considering. But it should also begin exploring options with the international financial institutions.

About the author: Peter Worthington is senior economist, Absa Group.

This article was paid for by Absa Corporate and Investment Banking.

Absa gearing up to respond to client needs in transactional banking