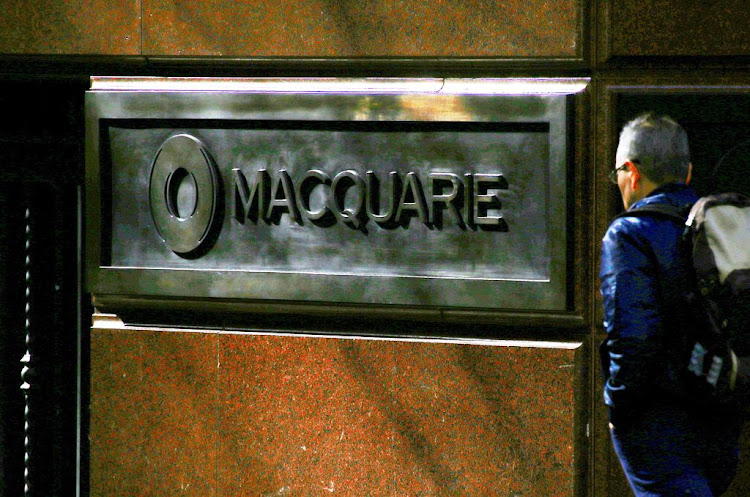 Sydney/Amsterdam — Macquarie is cutting about 100 equity research and sales jobs in London and New York, according to people familiar with the situation, joining a raft of lenders that are scaling back their operations in the area.

The cash-equities business in SA will also be closed as part of the plan, affecting as many as 35 positions, according to a person familiar with the matter.

The “repositioning” of the business is a response to “structural changes in the broader market”, Macquarie said in a statement on Tuesday. The Sydney-based bank is looking to focus its equities business on selling Asia-Pacific research and trading services globally. It will maintain a sales presence in London and New York, and sign an agreement with Paris-based Kepler Cheuvreux to distribute each others’ research.

Lenders including Citigroup and Germany’s Berenberg are cutting back equity teams as the industry struggles with reduced demand for research following the introduction of Europe’s MiFID II market rules, and a decade-long decline in equity trade commissions.

Tie-ups with other research houses are becoming more common as the tougher market forces banks to shift business models. In July, BNP Paribas signed a deal with Morningstar to use its content across Asia.

The cuts won’t affect Macquarie’s economic research or commodities operations in the US or UK, the people said. The bank will continue to do some thematic equities research, but will no longer cover individual stocks. A spokesperson for Macquarie declined to comment.

Staff were told of the cuts at a town-hall meeting in London on Tuesday morning, with meetings in New York scheduled for later in the day.

The Australian investment bank, which has grown into the world’s largest manager of infrastructure assets, will report half-year results on Friday. It is forecasting that full-year earnings will “drop slightly” from 2018’s record; however, it upgrades its profit targets throughout the year.

The company veteran, who takes over from  Nicholas Moore in November, joins the ranks of Australia’s most powerful businesswomen
Companies
2 years ago
Next Article

SA’s Prosus aims to put the bite on Uber Eats

SA’s Prosus aims to put the bite on Uber Eats