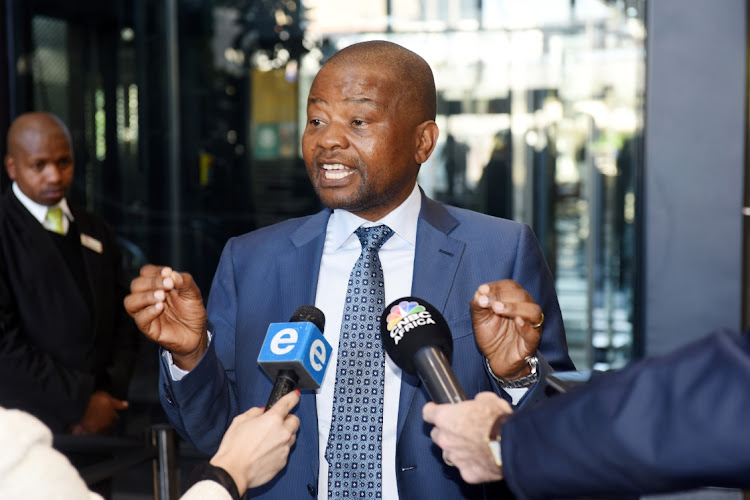 The legal team of former Old Mutual CEO Peter Moyo says it is confident it will prove that all of the directors at Old Mutual are in contempt of court over its handling of his dismissal.

In an interview with Business Day, Moyo’s legal representative, Eric Mabuza of Mabuza Attorneys, said Old Mutual is in a corner and that its directors “could face jail time”.

He spoke after the dispute between Old Mutual and Moyo was pushed out after he was granted leave to add evidence to a contempt of court charge he brought against the company. Further arguments in the case will be heard after the parties have submitted their heads of arguments and responses, according to the ruling, delivered at the high court in Johannesburg on Monday. That could take about a month, Old Mutual spokesperson Tabby Tsengiwe said at the court.

“Old Mutual confirms it will deliver its answering affidavit within 10 days to the further affidavit filed by former CEO Peter Moyo following a decision by the high court in Johannesburg today to grant Mr Moyo leave to introduce further evidence in his contempt of court application,” she said.

Notwithstanding the contempt application, Old Mutual is in the process of filing papers in its pending appeal against the judgment by Judge Brian Mashile, which granted Moyo temporary relief, the company said.

“Due to the importance of bringing stability and certainty to its stakeholders, Old Mutual has argued that the appeal hearing be expedited and be heard as early as November,” Tsengiwe said.

The fight spilled into the open on May 24 when the company announced it had suspended Moyo for an alleged conflict of interest.At the centre of the boardroom drama is the payment of ordinary dividends by NMT Capital, which Moyo co-founded, while Old Mutual’s preferential dividends and preferential capital were still outstanding.

The CEO was dismissed three weeks later, a decision he successfully challenged as unlawful at the end of July. But Moyo was blocked from gaining access to his office after the company filed notice to appeal the end-of-July ruling, which still has to be heard. He won another bid to return to work six weeks later, but was again shown the door.

In August, Old Mutual issued Moyo with a second notice terminating his employment. Moyo was given R4m in pay for his six-month notice period for his second dismissal, chair Trevor Manuel said earlier in September, adding that the notice remains valid so Moyo does not need to be at work. Moyo is now adding the second letter to the contempt of court application filed when Old Mutual prevented him from reporting for duty.

Moyo has denied corporate-governance breaches. In papers filed in court at the beginning of the matter, Moyo accused Manuel of orchestrating his departure because he had questioned the chair over his own conflicts of interest, which Old Mutual and Manuel have both denied.

Old Mutual’s shares have declined 10% since the company said on May 24 it was suspending Moyo, the worst-performer in the five-member FTSE/JSE Africa life assurance index after Discovery. In August, investors, including Stanlib, one of SA’s largest asset managers, called for an end to the public battle between Old Mutual and Moyo, saying the uncertainty created by the legal dispute was having a negative effect on the company’s share price.

Moyo told reporters outside the courthouse that he will file an application to have Old Mutual’s directors declared delinquent and for his permanent reinstatement by the end of this week.

However, Tsengiwe said: “Old Mutual confirms Mr Moyo will not be returning to work, as the second notice of termination remains valid and its validity has not been challenged.”

She added that the contempt hearing will be heard in 30 court days once all of the papers in the matter are filed.

NEWS ANALYSIS: Stakes are high for directors in Moyo vs Old Mutual board

The court battle against axed CEO Peter Moyo has weighed on the Old Mutual share price, tainted its image and left it in leadership limbo
Companies
2 years ago

Moyo no longer an employee of Old Mutual, says Manuel

FRED KHUMALO: A dish best not served at all Mr Manuel

FRED KHUMALO: A dish best not served at all Mr Manuel