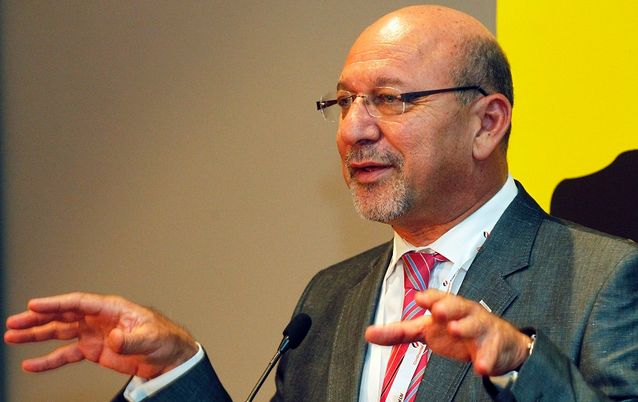 Old Mutual board chair Trevor Manuel says the board is determined to have Judge Brian Mashile’s ruling, which ordered the reinstatement of axed CEO Peter Moyo and prevented the insurer from replacing him, overturned because “it is bad in law”.

Manuel’s attack on Mashile’s ruling comes as Old Mutual has been ordered twice to reinstate Moyo but has refused to let him in at its Sandton headquarters while it appeals the matter. Manuel said the company was not ignoring or disrespecting the court but because it “respectfully disagrees” with Mashile.

“I think that, unanimously, the board would be of the view that that judgement is so bad for the company and company law that we have an interest in ensuring it is overturned on appeal,” said Manuel during a media briefing on Friday.

Manuel said that unchallenged, a judgment such as this would create a “massive headache” for corporate governance. He said it was for this reason that Old Mutual would not back away from the litigation process despite the fact that it “didn’t want” to go the litigation route in the first place.

“We didn’t want to go to court. We were taken to court and now we must defend the interests we are required to represent,” he said.

Mashile ruled on July 30 that Old Mutual had fired Moyo illegally because it did not afford him a disciplinary hearing while accusing him of conflict of interest and gross misconduct before firing him. The insurer fired Moyo in June over payment of ordinary dividends by NMT Capital, a company that Moyo co-founded, while Old Mutual’s preferential dividends and preferential capital was still outstanding.

Mashile’s judgment also ordered Old Mutual not to appoint a permanent CEO. The insurer was granted leave to appeal that last week. The appeal is likely to be heard later in the year.

Moyo no longer an employee of Old Mutual, says Manuel