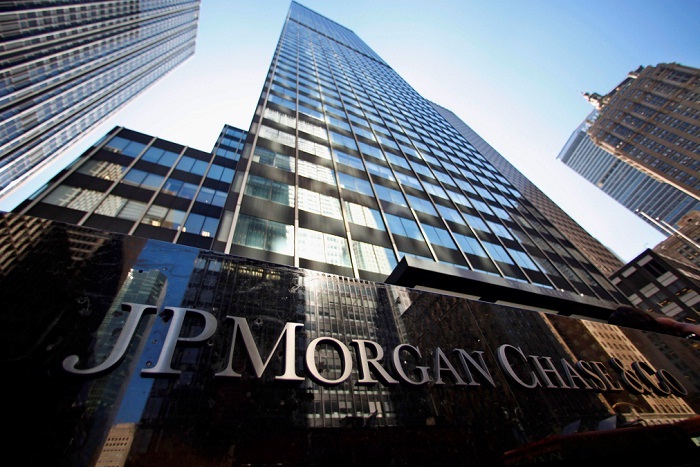 The headquarters of JPMorgan Chase in New York. Picture: REUTERS

New York — JPMorgan Chase, the largest US bank by assets, reported on Tuesday a slump in bond trading revenue that it blamed on market volatility and a smaller-than-expected quarterly profit.

Its shares fell 1.3% to $99.61 in early trading as the lender posted declines in revenue in three of its four main businesses in the fourth quarter.

Overall adjusted fixed-income trading revenue fell 18% as investors fled commodities and credit trading markets due to spikes in volatility toward the end of 2018. Equities trading revenue rose 2% from a year earlier, helped by strength in prime brokerage, which serves hedge fund clients.

JPMorgan CFO Marianne Lake said that one down quarter in fixed income does not mean a trend and that the trading environment had improved by the start of the year.

“It is too early to call it, but a decent start to January,” she said. Volatility can help boost trading activity, but sharp spikes can drive customers to the sidelines and hurt the bank’s own market exposure.

Citigroup on Monday blamed  its sharp drop in fixed income revenue on widening credit spreads, or the premium investors demand for holding corporate bonds over safer US treasury securities, during the year-end volatility.

Revenue in asset and wealth management fell 5% as market declines translated into lower asset levels and management and performance fees.

Trading desks at banks have been shaken by global growth concerns and the ongoing trade war between the US and China. Bank stocks underperformed the S&P 500 index in 2018 by 13%.

“As we head into 2019, we urge our country’s leaders to strike a collaborative, constructive tone, which would reinforce already-strong consumer and business sentiment,” CEO Jamie Dimon said.

Net income increased 67% to $7.07bn, or $1.98 per share, from a year ago, when it took a one-time charge due to the US tax overhaul. But it missed analysts’ average estimate of $2.20 per share, according to Ibes data from Refinitiv.

Wells Fargo on Tuesday reported fourth-quarter revenue that missed analysts’ estimates as revenue across all its banking units declined, especially at community banking.

Bond-trading revenue tumbles 30% to $564m, the US investment bank reports
Companies
2 years ago

However, the bank managed to make good on its promise to reduce costs to combat expenses related to a 2016 sales scandal
Companies
2 years ago

Among its US employees, people of colour also earn 7% less than their white colleagues
Companies
2 years ago

The blaze broke out on November 8, killing at least 86 people in the deadliest and most destructive wildfire in California history
Companies
2 years ago
Next Article