The largest US oil producer expects an increase of about $7.4bn over the first quarter 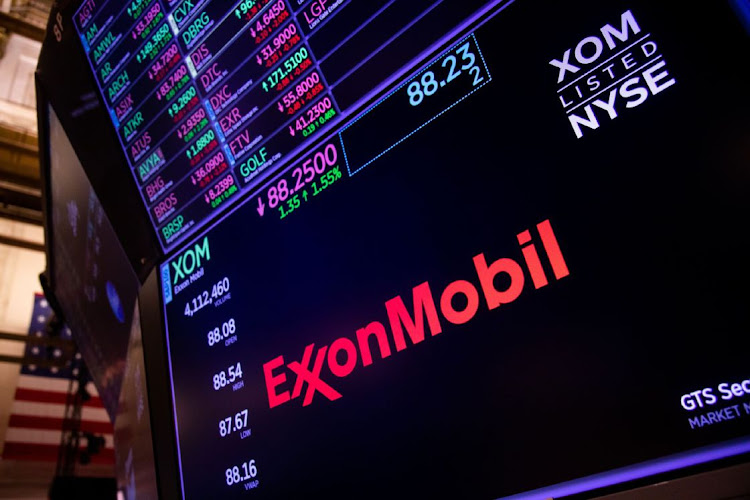 Houston — ExxonMobil on Friday signalled that skyrocketing margins from fuel and crude sales could generate a record quarterly profit, according to a securities filing.

Energy prices have shot up this year with oil selling for more than $105 per barrel and petrol at about $1.09/l  in the US. The enormous earnings are likely to ignite new calls for windfall profit taxes.

The largest US oil producer projected a sequential increase of about $7.4bn in operating profits compared with the first quarter. In the first quarter, Exxon posted an $8.8bn profit, excluding a Russia writedown.

The filing indicates a potential profit of more than $16bn for the second quarter. The company’s peak quarterly profit was $15.9bn in 2012.

The filing showed Exxon expects higher oil and gas prices will add about $2.9bn to results. Margins from selling petrol and diesel will add another $4.5bn to operating profits.

“High energy prices are largely a result of underinvestment by many in the energy industry over the last several years and especially during the pandemic,” Exxon said in a statement on the profit gains.

Analysts tracked by IBES Refinitiv forecast a per share profit of $2.99, up from $1.10 in the same quarter a year ago. Official results for the period will be released on July 29, according to a summary of factors influencing the period disclosed late Friday.

Exxon’s profits led US President Joe Biden last month to say the company and other oil majors were capitalising on a global oil supply shortage to fatten profits. Exxon, he said, was making “more money than God” after posting its biggest quarterly profit in seven years.

The company reacted to the president’s comments saying it is investing more than any other producer in the US to expand oil and natural gas production, including in the Permian, the country’s largest unconventional basin.

US representative Ro Khanna on Friday said Exxon’s record-breaking profits reinforce his call for Congress to pass a windfall tax on Big Oil.

“Big Oil companies should be providing relief to their customers, not pouring billions into stock buybacks to enrich their investors,” he said.

Exxon, which lost more than $22bn in 2020, has been using the extra cash from higher energy prices sales to pay debt and raise distributions to shareholders. It plans to buy back up to $30bn of its shares to 2023.

Despite losses during the pandemic, Exxon continued to invest in additional production and expects to increase output in the Permian by 25% in 2022, the company’s spokesperson said.

The second-quarter results will be the first quarterly earnings report since Exxon decided to report results by four business units, giving a more detailed breakout of its petrochemical operations. The snapshot showed that margins in its chemical and speciality products units were flat in the second quarter compared with the first.

The company estimated the impact of exiting Russia would cut oil and gas profits by about $150m compared with the first quarter. Exxon wrote down $3.4bn in Russian assets earlier this year.

Exxon also signalled a contribution of about $300m from asset sales in the quarter.

The two want to increase future production from the Bacalhau oilfield, Equinor’s largest project outside Norway
Companies
3 months ago
Next Article