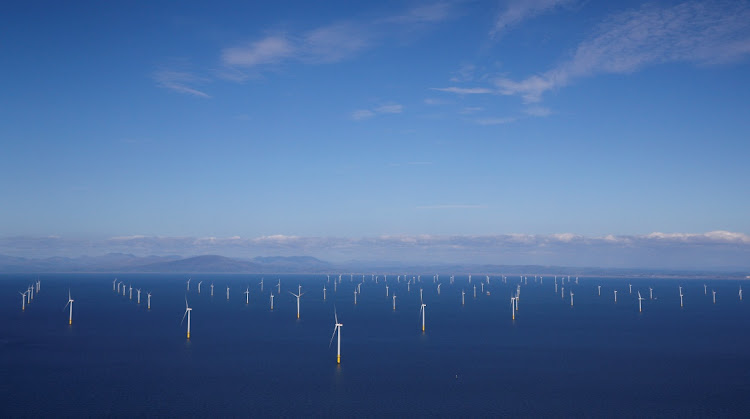 Copenhagen/Frankfurt —  Orsted and RWE, the world’s two largest offshore wind companies, both suffered from lighter winds in the first half of the year, highlighting how profits in the booming industry remain tied to weather conditions.

Denmark’s Orsted said wind speeds in the April-June period were “significantly lower than normal” and ranked among the worst three quarters in more than more than 20 years.

As a consequence, it said it would likely hit only the lower end of its guided core profit range in 2021.

Orsted was, however, confident that it wind speeds would return to more normal levels.

“Over time the wind speeds have been incredibly stable. We build wind farms that have an average lifetime of 30+ years and we have no reason to believe that this is something which will structurally challenge that,” CEO Mads Nipper told journalists.

Shares in Orsted traded 2.3% lower on Thursday, while RWE slipped 0.1%.

Orsted said quarterly wind speeds amounted to an average of 7.8m/s across its offshore portfolio, which was lower than the 8.4m/s seen in the second quarter of 2020 and the normal wind speeds of 8.6m/s it had expected.

Germany’s RWE also cited much lower wind volumes in Northern and Central Europe compared with the high level in 2020, reporting a 22% decline in core profits at its offshore unit to €459m in the first half.

The results show that despite strong fundamentals, renewables continue to be an intermittent technology where swings in the level of winds and sunshine  are having a direct impact on earnings.

To mitigate some of the risks Orsted, which is now mainly focused on the North Sea, is expanding into new parts of the world such as the US  and Taiwan and has invested in technologies including solar PV and onshore wind.

That view was shared by RWE.

While Orsted’s Nipper said that so far there were no indications that more extreme weather linked to global warming would have an impact, Krebber struck a more cautious tone after its business was hit by cold spells and floods this year.

“Aside from the fight against climate change we also have to deal with these weather effects becoming more regular.”

The weather is not the only challenge faced by firms in the industry, after some of the world’s largest turbine makers, including Denmark’s Vestas and Spain-listed Siemens Gamesa, pointed to high raw materials prices.

Vestas, the world’s largest wind turbines maker, this week cut its 2021 outlook, citing constraints in the freight market related to the impact of Covid-19 which have driven global supply chains towards breaking point.

Miner is reviewing its petroleum business and considering options including a trade sale, sources say
Companies
11 months ago
Next Article

Questions raised about hydrogen use in green transport solutions

Questions raised about hydrogen use in green transport solutions