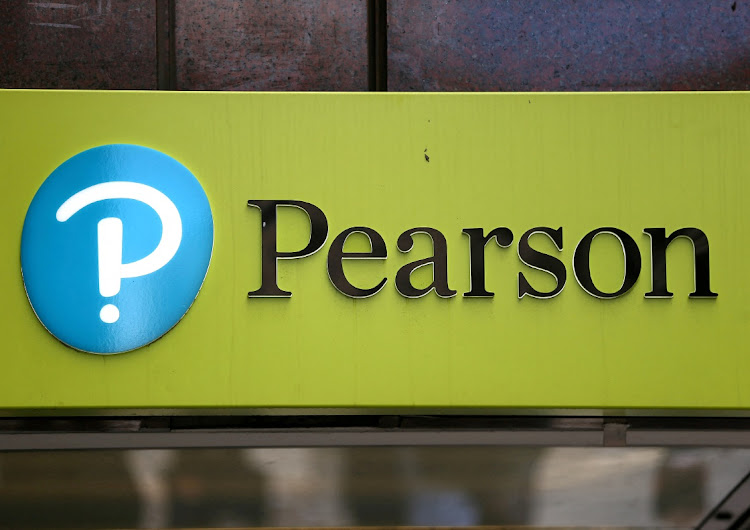 The company logo outside the Pearson offices in London, Britain, August 4 2017. Picture:NEIL HALL/REUTERS

London  — Education group Pearson expects its margins to hit a mid-teen target earlier than expected after the education group's new integrated structure helped it to cut costs, grow the top line and keep it on track for the full-year.

Emerging from years of turbulence sparked by the US education market moving online, Pearson under new boss Andy Bird is starting to see the fruits of a strategy to sell directly to consumers as they move through school, college and work.

It said on Monday that it was enjoying strong demand for professional certifications in the tech and clinical industries, while its English language learning and virtual learning courses were seeing strong retention rates.

“We’re seeing clear operational and financial benefits from being a more integrated, holistic company. And that’s reflected in our performance,” Bird said of half-year underlying sales up 6% and adjusted operating profit up 22%.

In March, the company rejected three takeover offers from US group Apollo, with the third valuing each share at 870p. Its shares rose 7% on Monday, to 811p per share, giving it a market value of £6bn.

Pearson said its new structure of five divisions, underpinned by a direct to consumer team, had helped to identify £100m of costs that could be cut by next year, bringing a mid-teen margin target forward to 2023, from 2025.

Its first-half growth was driven by its Assessment & Qualifications business, with underlying sales growth up 16%, and English language learning up 22%. Its Higher Education unit, long the source of profit warnings, fell by 4%, as expected.

A weak update from US group Coursera last week had prompted some analyst concerns about the strength of student enrolments. Pearson said, however, that any increased pressure on enrolments would be offset by growth elsewhere.

Analysts at Citi said the update would result in an about 20% upgrade for 2023 earnings. “We see Pearson’s 1H results derisking both short- and medium-term forecasts,” it said.

The private-education company expects HEPS to increase 33.5%-50%
Companies
3 weeks ago