Binance traders in Iran continued to use their accounts as recently as September 2021, only losing access after the exchange tightened its anti-money laundering checks 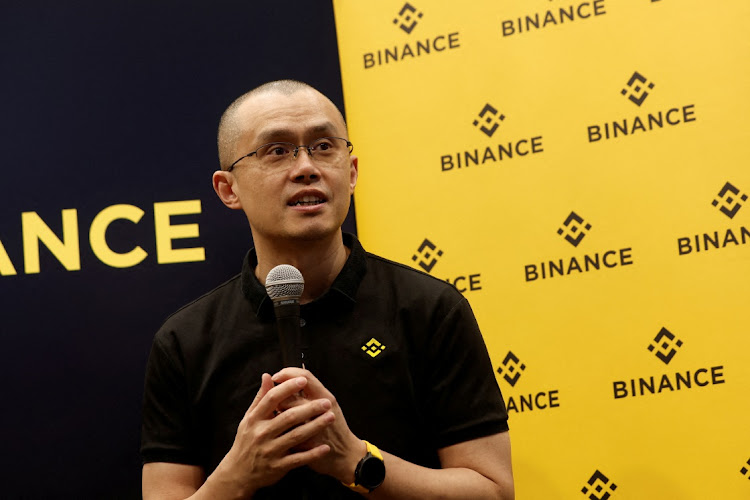 London — The world’s largest crypto exchange, Binance, continued to process trades by clients in Iran despite US sanctions and a company ban on doing business there, a Reuters investigation has found.

In 2018, the US reimposed sanctions that had been suspended three years earlier as part of Iran’s nuclear deal with major world powers. That November, Binance informed traders in Iran it would no longer serve them, telling them to liquidate their accounts.

But in interviews with Reuters, seven traders said they skirted the ban. The traders said they continued to use their Binance accounts until as recently as September last year, only losing access after the exchange tightened its anti-money laundering checks a month earlier. Until that point, customers could trade by registering with just an email address.

“There were some alternatives, but none of them were as good as Binance,” said Asal Alizade, a trader in Tehran who said she used the exchange for two years until September 2021. “It didn't need identity verification, so we all used it.”

Eleven other people in Iran beyond those interviewed by Reuters said on their LinkedIn profiles that they, too, traded crypto at Binance after the 2018 ban. None of them responded to questions.

The exchange’s popularity in Iran was known inside the company. Senior employees knew of, and joked about, the exchange’s growing ranks of Iranian users, according to 10 messages they sent to one another in 2019 and 2020 that are reported here for the first time. “IRAN BOYS,” one of them wrote in response to data showing the popularity of Binance on Instagram in Iran.

Binance did not respond to Reuters’ questions about Iran. In a March blog post, published in response to Western sanctions on Russia, Binance said it “follows international sanction rules strictly” and had assembled a “global compliance task force, including world-renowned sanctions and law enforcement experts.” Binance said it used “banking-grade tools” to prevent sanctioned people or entities from using its platform.

Iran’s mission to the UN in New York did not respond to a request for comment.

The Iranian trading on the exchange could draw interest from US regulators, seven lawyers and sanctions experts told Reuters.

Binance, whose holding company is based in the Cayman Islands, says it does not have a single headquarters. It does not give details about the entity behind its main Binance.com exchange, which does not accept customers in the US. Instead, US clients are directed to a separate exchange called Binance.US, which — according to a 2020 regulatory filing — is ultimately controlled by Binance founder and CEO Changpeng Zhao.

Lawyers say this structure means Binance is protected from direct US sanctions that ban US firms from doing business in Iran. This is because the traders in Iran used Binance’s main exchange, which is not a US company. But Binance does run a risk of so-called secondary sanctions, which aim to prevent foreign firms from doing business with sanctioned entities or helping Iranians evade the US trade embargo. As well as causing reputational damage, secondary sanctions can also choke off a company’s access to the US financial system.

Cryptocurrency is a good way to circumvent sanctions and make good money.

Binance’s exposure would depend on whether sanctioned parties traded on the platform and whether Iranian clients dodged the US trade embargo as a result of their transactions, four lawyers said. Non-US exchanges “can face consequences for facilitating sanctionable conduct, whereby they have exposure for allowing the processing of transactions for sanctioned parties, or if they’re onboarding those types of users,” said Erich Ferrari, principal attorney at Ferrari & Associates law firm in Washington.

Reuters did not find evidence that sanctioned individuals used Binance.

Asked about traders in Iran using Binance, a spokesperson for the US treasury declined to comment.

Binance kept weak compliance checks on its users until last year, despite concerns raised by some senior company figures, Reuters reported in January, drawing on interviews with former senior employees, internal messages and correspondence with national regulators. The exchange said in response it was pushing industry standards higher. Reuters’ new reporting shows for the first time how the gaps in Binance’s compliance programme allowed traders in Iran to do business on the exchange.

Binance dominates the $950bn crypto industry, offering its 120-million users a panoply of digital coins, derivatives and non-fungible tokens (NFTs), processing trades worth hundreds of billions of dollars a month. The exchange is increasingly going mainstream. Its billionaire founder Zhao — known as CZ — this year extended his reach into traditional business by pledging $500m to Tesla boss Elon Musk’s planned takeover of Twitter. Musk has since said he is pulling out of the deal. Last month Binance hired Portuguese soccer star Cristiano Ronaldo to promote its NFT business.

Since the Islamic Revolution of 1979, the West and the UN have imposed sanctions on Iran in response to its nuclear programme, along with alleged human rights violations and support for terrorism. Iran has long maintained the nuclear programme is for peaceful purposes.

Under the 2015 deal between Iran and six world powers, Tehran curbed its nuclear programme in return for an easing of some of the sanctions. In May 2018, President Donald Trump ditched the accord and ordered the reimposition of the US sanctions that were relaxed under the deal. The curbs came back into effect in August and November that year.

After Trump’s move, Binance added Iran to a list of what it called “sanctioned countries” on its terms-of-use agreement, saying it could “restrict or deny” services in such areas. In November 2018, it warned its customers in Iran by email to withdraw their crypto from their accounts “as soon as possible”.

Publicly, some Binance executives lauded its compliance programme. Its then CFO said in a December 2018 blog it had invested heavily in countering dirty money, saying it took a “proactive approach to detecting and squashing money laundering.” In March the following year, it hired a US compliance platform to help it screen for sanctions risks.

By August 2019, Binance deemed Iran — along with Cuba, Syria, North Korea and Crimea — a “HARD 5 SANCTIONED” jurisdiction, where the exchange would not do business, according to an internal document seen by Reuters. The May 2020 document included Iran on a list of countries headed “strictly no” citing CCO Samuel Lim.

Even as Binance’s stance on Iran hardened, its profile among the country’s legions of crypto users was growing, traders said, citing their knowledge of the local industry.

Cryptocurrencies grew attractive there as sanctions took a heavy toll on the economy. Since the birth of bitcoin in 2008, users have been drawn to crypto’s promise of economic freedom beyond the reach of governments. Cut off from global financial services, many Iranians relied on bitcoin to do business on the internet, users said.

“Cryptocurrency is a good way to circumvent sanctions and make good money,” said Ali, a trader who spoke on condition he was identified by only his first name. Ali said he used Binance for about a year. He shared with Reuters messages with Binance customer service representatives that showed the exchange closed his account last year. They said Binance was not able to serve users from Iran, citing recommendations from UN Security Council (UNSC) sanctions lists.

Other traders at the exchange cited its weak background checks on clients, as well as its easy-to-use trading platform, deep liquidity and a large number of cryptocurrencies that could be traded as reasons for its growth in Iran.

Pooria Fotoohi, who lives in Tehran and says he runs a crypto hedge fund, said he used Binance from 2017 until September last year. Binance won over Iranians because of its “simple” know-your-customer controls, he said, noting how traders could open accounts simply by providing an email address.

“They succeeded in gaining a huge trading volume, with many pairs of currencies, within a short period of time,” said Fotoohi.

Binance’s Angels — volunteers who share information on the exchange across the globe — also helped spread the word.

In December 2017, Angels announced the launch of a group called “Binance Persian” on the Telegram messaging app. The group is no longer active. Reuters couldn’t determine how long it operated, but identified at least one Iranian who was an active Angel after Washington reimposed sanctions.

Mohsen Parhizkar was an Angel from November 2017 to September 2020, managing the Persian group and helping its users, according to his LinkedIn profile. A person who worked with Parhizkar confirmed his role and shared messages they exchanged. Contacted by Reuters, Parhizkar said Binance had cancelled programmes in Iran because of sanctions. He didn’t elaborate.

After its 2018 ban, at least three senior Binance employees were aware that the exchange remained popular in Iran and was used by clients there, 10 Telegram and company chat messages between the employees that were seen by Reuters show.

By September 2019, Tehran was among the top cities for followers of Binance’s Instagram page, topping New York and Istanbul, one message from the same month shows. The employees then made light of this. One jokingly suggested advertising Binance’s popularity in Iran, saying, “Push that on Binance US Twitter.”

In a separate exchange from April 2020, a senior employee also noted that Iranian traders were using Binance, without saying how he knew this. A Binance compliance document from the same year, reviewed by Reuters, gave Iran the highest risk rating of all countries for illegal finance.

Further underpinning Binance’s growth in Iran, traders said, was the ease with which users could skirt curbs via virtual private networks (VPNs) and tools to conceal internet protocol (IP) addresses that can link internet use to a location. North Korean hackers used VPNs to obscure their locations while setting up accounts on Binance to launder stolen crypto in 2020, Reuters reported in June.

Mehdi Qaderi, a business development worker, said he used a VPN to trade about $4,000 worth of crypto on Binance in the year to August 2021. “All of the Iranians were using it,” Qaderi said of Binance.

In a 2021 guide to how sanctions applied to crypto firms, the US treasury said sophisticated analytic tools existed that could detect IP address obfuscation. Crypto companies could also gather information to alert them to users in a sanctioned country, it said, such as from email addresses.

“Crypto exchanges would be expected to have these types of measures in place in order to comply with sanctions,” said Syedur Rahman, legal director at Rahman Ravelli law firm in London.

Binance itself had supported the use of VPNs.

Zhao, Binance’s CEO, tweeted in June 2019 that VPNs were “a necessity, not optional.” He deleted the remark by the end of 2020. Asked about the tweet, Binance didn’t comment. In July the following year, Binance published on its website a “Beginners'’ Guide to VPNs”. One of its tips: “You might want to use a VPN to access sites that are blocked in your country.”

Zhao was aware of crypto users circumventing Binance’s controls in general. He told interviewers in November 2020 that “users do find intelligent ways to get about our block sometimes and we just have to be smarter about the way we block.”