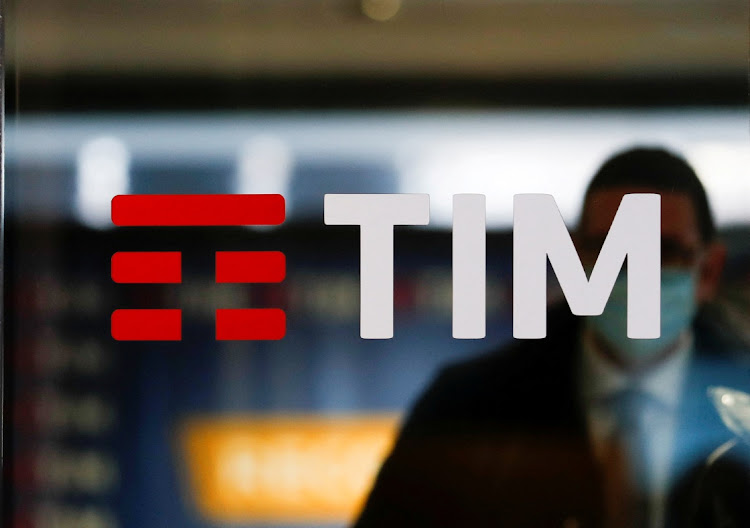 The Tim logo is seen at its headquarters in Rome, Italy November 22 2021. Picture: REUTERS/YARA NARDI

Rome — Telecom Italia could cut more than 9,000 jobs by 2030 and is ready to offload its fixed network business under a plan that would reshape the debt-laden former telecom monopoly.

Italy’s biggest telecom company is saddled with €23bn of net debt while contending with shrinking revenue in its fiercely competitive home market.

Under a strategic plan unveiled by new CEO Pietro Labriola on Thursday, Telecom Italia said it would spin off its domestic fixed access network and submarine cable unit Sparkle into a separate company called NetCo, which would carry up to €11bn of the company’s debt.

The plan from Labriola, Telecom Italia’s fifth CEO in six years, involves cutting thousands of jobs from its workforce of 41,000 by 2030. He billed it as one of the most significant transformations of a legacy telecom company in Europe.

Labriola told analysts that job cuts would be based on an existing early retirement programme and that talks were already under way with unions.

A central plank of the restructuring is a possible deal to combine NetCo with rival Open Fiber, allowing state lender CDP to take control of a combined entity that would aim to improve broadband coverage and speeds for Italians.

Labriola said that an Open Fiber deal was the preferred option and could be agreed by the end of October but added that there is a plan B in the form of NetCo stake sales.

The valuation of NetCo is a sticking point with leading Telecom Italia shareholder Vivendi, which is pushing for Telecom Italia to obtain a premium price in ongoing negotiations on a potential Open Fiber deal.

Telecom Italia is also counting on transactions such as the sale of a minority stake in the newly created enterprise services unit to reduce overall net debt below €5bn, down from a pro forma level of about €20bn in the first quarter.

Shares in Telecom Italia shed initial gains and traded 1.2% down in morning trade, at a little more than 0.25 euros, not far off the record low of €0.22 hit in March.

Analyst Andrea de Vita said the job cuts would cost about €2bn and noted that there was little new on the potential Open Fiber deal or sale of other parts of the business.

Telecom Italia said its service operations will include Brazilian-listed unit Telecom Italia Brasil and domestic service activities, which will be split into two units, each with specific financial targets.

Besides the consumer arm, the enterprise company will combine connectivity services for big corporate and public administration clients as well as cloud, cybersecurity and Internet of Things businesses.

The approach was ‘not in the best interests of shareholders’, Vodafone says without elaborating
News
6 months ago

Global merger and acquisition (M&A) activity shattered all-time records in 2021, with the value of M&A globally topping $5-trillion for the first ...
World
7 months ago
Next Article