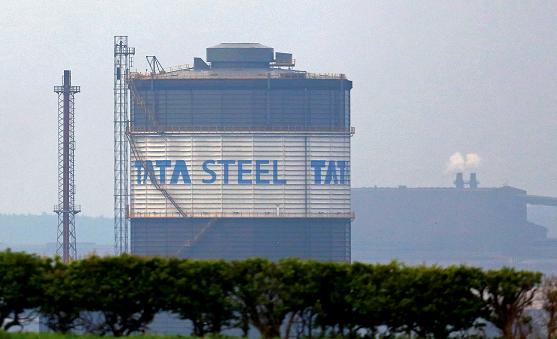 New Delhi — India’s top steelmaker Tata Steel imported about 75,000 tonnes of coal from Russia in the second half of May, two trade sources and one government source said, weeks after pledging to stop doing business with Russia.

Tata Steel had said in April all its manufacturing sites in India, the UK and the Netherlands had sourced alternative supplies of raw materials to end its dependence on Russia, adding it was taking “a conscious decision to stop doing business with Russia”.

Still, in May, Tata Steel shipped about 75,000 tonnes of PCI coal, used in steelmaking, from Russia's Vanino port, out of which 42,000 tonnes were offloaded in a port in Paradip on May 18 and 32,500 tonnes in Haldia, said the two trade sources who wished to remain anonymous as they were not authorised to speak on the matter.

A spokesperson for Tata Steel said the deal to import coal from Russia was made before the company’s announcement to cut business ties with Russia, without providing further details.

“There has been no other PCI Coal purchase by Tata Steel from Russia after the announcement,” the spokesperson said.

India’s trade ministry did not respond to an email seeking comment.

India has refrained from condemning Russia — with which it has long-standing political ties — over what Moscow describes as its “special operations” in Ukraine. India has instead defended its purchase of Russian goods as a bid to diversify supplies and argues that a sudden halt would boost prices and hurt consumers.

Tata Steel was the only major steelmaker to announce it would stop doing business with Russia. Other Indian steelmakers have been importing bulk quantities of coal from Russia, trade data reviewed by Reuters showed.

The PCI coal was imported in a vessel named Panamax Ostria, the trade sources said. The government source confirmed Tata Steel had imported 75,000 tonnes of coal from Russia in May, but did not give more details.

Purchases of Russian coal by Indian buyers including steelmakers have spiked in recent weeks despite Western sanctions on Moscow, as traders offer discounts of up to 30%, Reuters reported on Saturday.

Cheap coal supplies are especially crucial to Indian steelmakers now, as they are reeling from export duties imposed by the Indian government last month to curb local inflation.

The Nifty metals index has fallen over 20% since the decision to levy export taxes on May 21, with Tata Steel falling about 26%, JSW Steel declining 12% and Jindal Steel and Power’s shares losing 21% of their value since the announcement.

With temperatures breaching 49°C in New Delhi, the forecast is for up to 9-million units this year
World
1 month ago

The decision caps more than a year of deadlocked talks with government representatives and a failure to secure lower import taxes, sources say
Companies
1 month ago