How a poor, skinny kid from Malaysia turned Broadcom into a tech conglomerate 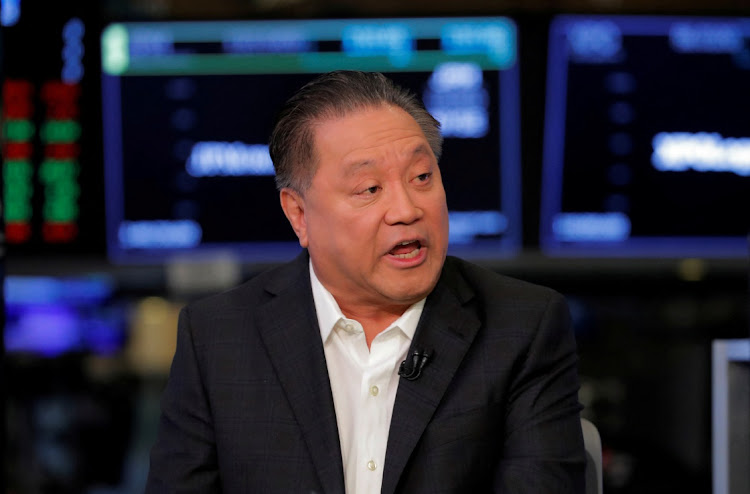 New York/San Francisco — Once a poor “skinny kid” from Malaysia, Hock Tan was going head-to-head with a legendary US technology mogul for a transformative acquisition.

He proposed one of the biggest tie-ups in the history of the technology sector. Broadcom, the chip maker that Tan leads, was willing to acquire VMware, a cloud software company for $61bn (R954bn).

For Tan, now 70, the deal would be the culmination of a string of acquisitions that has helped him turn Broadcom into a technology conglomerate worth $225bn, along the way building a reputation as an astute dealmaker and ruthless cost-cutter.

Dell, who personally owns 40% of VMware and controls it together with buyout firm Silver Lake, had a decision to make. Hold out for a better deal or risk losing out as technology stocks plunged amid concerns about a looming economic slowdown and rampant inflation.

Broadcom offered $61bn in cash and stock for VMware, a 50% premium to where the shares of the latter were trading. To clinch the deal, Tan also agreed to give VMware 40 days from the signing of the deal to search for another suitor who may offer a better price. VMware said yes.

This account of the negotiations is based on people involved in the deal who requested anonymity.

Broadcom had been eyeing VMware for months but held off from making an approach because it was concerned that Dell and Silver Lake would not engage due to the timing of VMware’s spin-off from Dell Technologies in November 2021. Shareholders risk losing the tax-free status of their spin-off if their company engages in sale talks in the first six months after the separation.

Tan’s cost-cutting reputation prompted VMware’s CEO Raghu Raghuram to write to his employees on the deal’s announcement to assure them that the “perception” of Broadcom putting profits ahead of innovation was “inaccurate”. He wrote that Tan “is committed to cultivating a shared culture of innovation.”

That reputation stems from Tan’s strategy of acquiring businesses he calls “franchises” and then slashing what he sees as excessive sales and marketing expenses and unnecessary investments. He is also quick to jettison parts of those businesses that underperform.

“He runs Broadcom like an investment portfolio ... they are all independent fiefdoms,” said a former employee at the company who worked closely with Tan. “If he has a dominant position in any market, he’ll go in and raise those prices.”

Tan and Broadcom did not respond to requests for comment.

Tan has said he was an “18-year-old skinny kid” growing up in Malaysia when he won a scholarship in 1971 to attend engineering school at MIT. His parents could not afford to send him to college. He went on to earn an MBA from Harvard University.

He held several executive positions in Malaysia and the US , before joining chip maker Integrated Circuit Systems in 1994, rising to become CEO in 1999.

It was Silver Lake that helped recruit Tan as CEO of the company that would go on to become Broadcom. In 2006, Tan joined Avago Technologies, a semiconductor company that Silver Lake and KKR, another buyout firm, had acquired the year before for $2.66bn.

A spate of deals followed as Tan embarked on consolidating the semiconductor industry, often with backing from Silver Lake. In 2014, Avago paid $6.6bn for storage chipmaker LSI. In 2015, it acquired Broadcom for $37bn and took its name. In 2016, Broadcom acquired network gear maker Brocade Communications Systems for $5.9bn.

In 2017, Broadcom launched a hostile $117bn takeover bid for rival chipmaker Qualcomm that would have been the largest technology deal of all time. It was thwarted by the US government over concerns that Broadcom, which was at the time headquartered in Singapore, would become too dominant in the US semiconductor industry at the expense of innovation.

Tan then turned his attention to software companies, which like semiconductors can generate reliable cash flow. Broadcom took over business software firm CA Technologies for $18.9bn and acquired Symantec’s security division for $10.7bn.

After every acquisition, Broadcom paid down much of the debt it had taken on to help fund it, using the cash flow of its businesses. This has emboldened Tan to carry on with his spree of acquisitions, said Matt Britzman, analyst at Hargreaves Lansdown.

“Broadcom has de-levered quickly after each large acquisition,” Britzman said.

Acquisition is the biggest this year since Microsoft’s $68.7bn purchase of video game maker Activision Blizzard
Companies
1 month ago

ARTHUR GOLDSTUCK: What is Microsoft playing at?