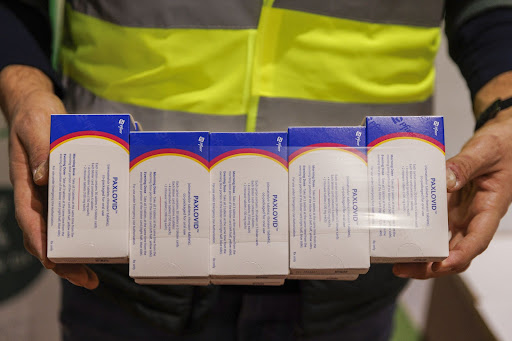 Pfizer will make all its patented medicines, including the Covid-19 treatment Paxlovid and big-selling breast cancer drug Ibrance, available at not-for-profit prices to 45 of the world’s poorest countries, the drugmaker said on Wednesday.

The Covid-19 vaccine Comirnaty developed with BioNTech SE was also on the list.

CEO Albert Bourla said all the medicines being made available should be of use. “Clearly the antiviral [Paxlovid] is going to be a very big deal for them. If they need it they can get it immediately,” he said.

When Pfizer launches new medicines and vaccines, they will also be included in the drug portfolio at not-for-profit prices, it said.

The 27 low-income countries and 18 lower-income countries included in what Pfizer is calling “An Accord for a Healthier World” cover most of Africa and much of Southeast Asia. Five countries — Rwanda, Ghana, Malawi, Senegal and Uganda — have already committed to joining the accord, which was announced at the World Economic Forum in Davos.

Malawi President Lazarus Chakwera said the accord will allow the countries and the drugmaker to share “the burden of costs and tasks in the production and delivery of supplies that will save millions of lives”.

Pfizer has been criticised for how it rolled out its Covid-19 vaccine, with some poorer countries waiting for months after the earliest doses arrived in wealthier countries.

Bourla said the accord has been informed by the difficulties of that rollout, particularly the lack of health infrastructure in some countries that made distributing the vaccine difficult.

“Instead of washing our hands and saying, ‘I gave you the product, do whatever you want with them,’ we’re saying, ‘We’ll give you the products and we will sit with you to see how we can help organise a system that can use them.'”

Vaccines don’t last forever. When they reach their expiration date, the jabs need to be disposed of in a way that ensures they aren’t retrievable. A ...
News & Fox
1 month ago