In an exclusive interview, Branson spoke to Business Day about his horror over the Russian invasion of Ukraine 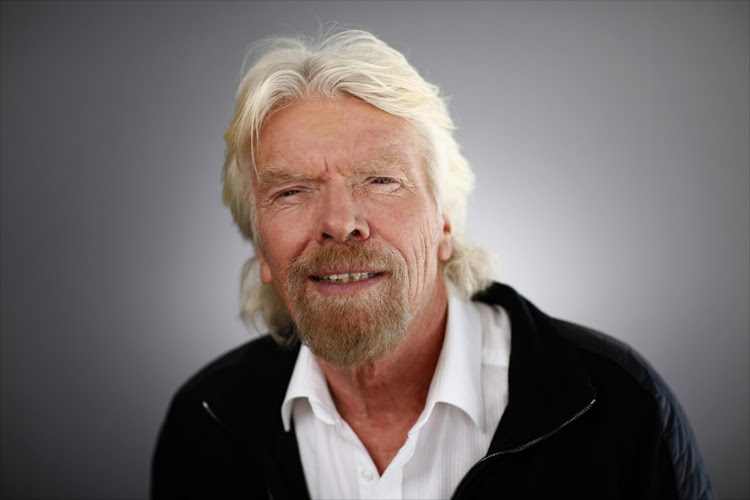 Richard Branson was in SA at the weekend to punt the latest direct route from Cape Town to London, offered by his airline Virgin Atlantic. The billionaire made the announcement on Saturday at a Virgin Atlantic event with Wesgro.

Branson, set to visit Dallas, Texas, next with Virgin Atlantic, stopped over in the Mother City between a holiday at his Ulusaba private game lodge and dinner with leading SA CEOs at his wine estate, La Rochelle, in Franschhoek.

He spoke exclusively with Business Day’s Erin Bates en route to that gathering after announcing the launch date for the Cape Town to London route,  which adds about 80,000 seats during the season from November. Branson says it will run all year round by 2024.

What is it like to be back in Cape Town and SA?

I have a lot of happy memories of Cape Town. I did the Cape Argus once a few years ago, and thoroughly enjoyed it. That got me into cycling and I’ve kept that up ever since. We spend a lot of time in SA.  Obviously, Virgin Active plays a big role.

I spent a couple of hours with the Branson Centre for Entrepreneurship today. They’re doing fantastic things with 30 entrepreneurs, helping them build important businesses designed to make a positive difference. There are great projects going on.

What about SA keeps you coming back?

It’s always a delight being here. The wildlife is astonishing. I’ve just had the pleasure of being in Ulusaba and I just love the people in that region. The people of SA are quite magical. It’s a wonderful mixture, which was exactly what Mandela wanted it to be. There’s work, of course. We have a couple of businesses, but they feel like homes as well.

In terms of those Virgin Limited Edition premium resort properties, there is a new one in Mallorca dating from the 15th century. It opens in the summer of 2023. What are you looking forward to?

Many years ago we built La Residencia, which was very beautiful. Sadly in 9/11 with all planes grounded, we had to sell. Now, we’ve managed to get three miles along a rugged Mallorcan coastline.

We’re converting a magnificent ruin with beautiful olive groves, mountains behind it, a vineyard, fantastic walks, biking, and hiking. I expect it to be one of the most beautiful Limited Edition properties created.

You could be enjoying your golden years. What pushes you to keep at it? And doing events like this?

I don’t want to waste the position I find myself in. I can pick up the phone and get through to most people in the world. That means if I’m campaigning on drug reform, or the death penalty, or criminal justice reform, all the different issues in the world that I feel strongly about, I have a chance of achieving something.

When I was a teenager, I wanted to be able to help stop the Vietnamese war but obviously didn’t have the clout. Now through various organisations we set up we have a chance to make a difference. And I enjoy it. I wouldn’t do it unless I got some satisfaction from it. And, obviously, I enjoy it when we’re successful.

What is top of your mind in terms of global politics? For a lot of people it might be the threat of another Cold War and what’s going on in Ukraine.

I am horrified by Russia’s invasion of Ukraine. We must do everything in our power to help the Ukrainians. I have many Russian friends who are equally appalled. It’s obviously very difficult for them to speak out. And it’s not really what Russia is doing. It’s what Putin is doing. I can't feel more strongly about how wrong it is.

There have been mistakes by the West in my lifetime: most notably, I think, Iraq and the Vietnamese war. But at least the West has not tried to take a sovereign nation. I am incredibly hopeful the brave Ukrainians will push the Russians out.

What will the opening of your Cape Town-Heathrow direct route mean for SA?

If you don’t have airline connections internationally everybody suffers: hotels, restaurants, everybody throughout the country. Anything and everything that we can do to help SA get back on its feet we should do.

We have got to make this work. People are crying out for competition on the route. That we’ve managed to get slots into Heathrow is fantastic because it’s people’s preference.

This interview has been edited for brevity and clarity. Questions have been summarised and, in a few instances, paraphrased.

But for SA to be resilient in the face of shocks, the government needs to accelerate reforms
Opinion
1 month ago
Next Article