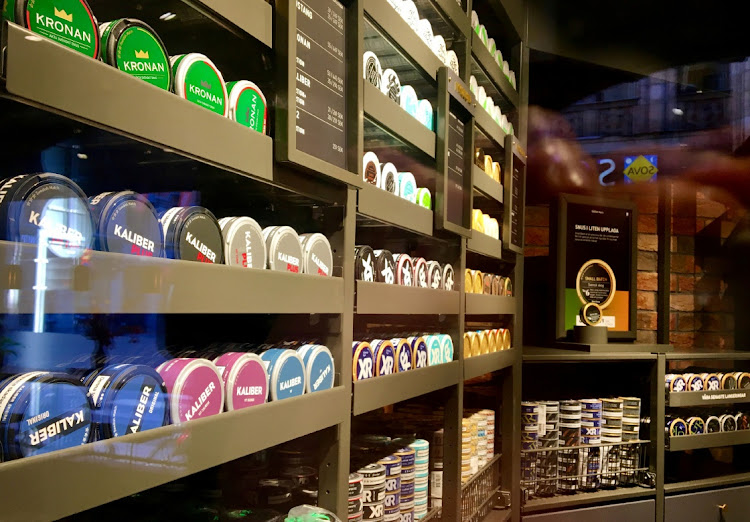 Philip Morris International (PMI) has agreed to buy tobacco and nicotine products maker Swedish Match in a $16bn deal that aims to cut the US company’s dependence on cigarettes.

In a bet on fast-growing markets for cigarette alternatives, PMI said on Wednesday it was making a cash offer for the Stockholm-based group at 106 crowns per share, valuing it at 161.2-billion crowns ($16bn). Swedish Match’s board has recommended the offer.

Swedish Match shares were up 9% to a record 103.30 crowns, having jumped already on Tuesday when PMI confirmed reports it was in talks to buy the firm.

The Swedish company makes most of its profit from Swedish-style moist snuff called “snus”. Sales of its relatively new Zyn tobacco-free nicotine pouches — which are, like snus, put under the upper lip and sucked — are growing rapidly in Scandinavia and the US as consumers become more health-conscious.

Swedish Match dropped cigarettes in 1999 and wants to spin off its cigar business, a move that would mean a full exit from combustible products. PMI aims for smoke-free products to account for more than half of sales by 2025.

PMI was spun off from US peer Altria, a rival to Swedish Match, in 2008. Swedish Match would give PMI, which does not sell its products in the US, access to a ready-made distribution network.

“This is not a cost synergy case,” Swedish Match CEO Lars Dahlgren said. “This is rather a textbook example of perfect industrial logic — two companies that share the same vision and that also are very complementary in their commercial set-ups.”

Analysts at Credit Suisse said they had a positive view on the bid value, which represents roughly a 40% premium to Swedish Match shares before the bid announcement.

Swedish Match has long been tipped as a takeover candidate.

“PMI is the natural buyer for Swedish Match both from a price/size capacity but also from a deliverability/antitrust perspective,” Alastair Mankin, vice-president at brokerage Cowen, said in a note.

BofA Securities and Citigroup are acting as advisers to PMI on the deal. Goldman Sachs is advising Swedish Match, which also commissioned an opinion from SEB Corporate Finance.

Swedish Match reported first-quarterly earnings on Wednesday that were slightly below expectations but sales and profits from Zyn grew significantly in the US, with deliveries up 35%.

With smoking trends only going one way, the Marlboro maker is looking elsewhere for revenue, even at delivery systems for medicines
Companies
10 months ago
Next Article