Norwegian and Singapore wealth funds have subscribed to the anchor book 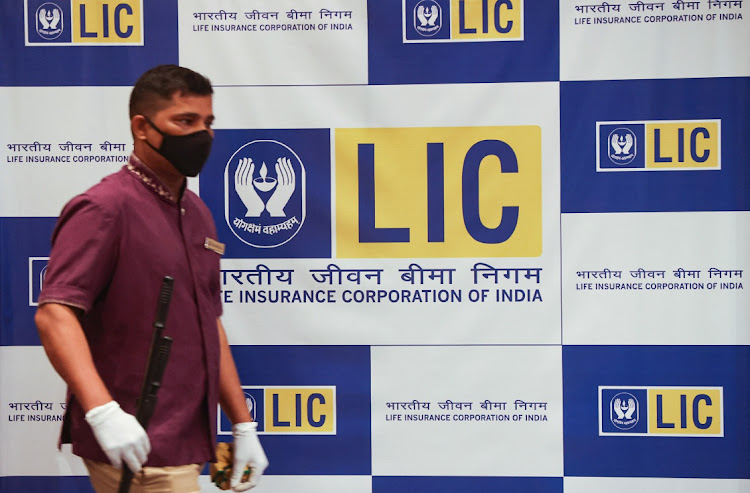 A man walks past a hoarding of Life Insurance Corporation of India in Mumbai, India. File photo: REUTERS/FRANCIS MASCARENHAS

Mumbai — The initial public offering (IPO) of India’s biggest insurer, Life Insurance Corporation (LIC), has got off to a good start, with the $732m of shares reserved for so-called anchor investors oversubscribed at the upper end of the price range, a banking source said.

The Indian government has said it expects to raise up to $2.74bn,  just a third of its original target, from selling a 3.5% stake in LIC in the country’s biggest IPO.

Anchor investors are high-profile institutional investors that are allotted shares before the subscription opens for retail and other investors, and have to commit to holding their shares for a certain period after listing.

LIC’s offering is set to open for other investors on May 4 and will close on May 9. The indicative price range has been set at 902 to 949 rupees per share, with 56-billion rupees ($732m) of shares set aside for anchor investors.

Alongside other global funds, domestic mutual fund houses such as HDFC mutual fund, SBI, ICICI and Kotak have also come in as anchor investors, the source added.

India’s finance ministry did not immediately respond to an email seeking comment.

More than 20 investors expressed interest in subscribing to the anchor book, two other banking sources said.

Tata will seek out export markets that have similar climate conditions to India, MD says
Companies
4 weeks ago