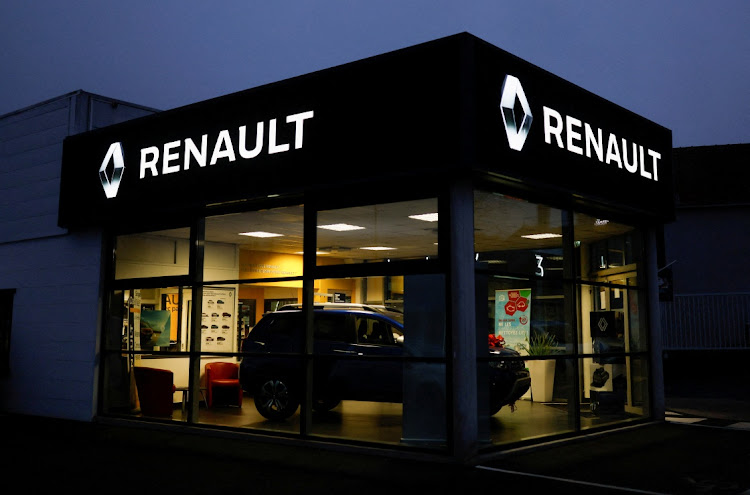 The Renault logo is pictured at a dealership in Vertou, near Nantes, France. File photo: REUTERS/STEPHANE MAHE

Paris — Renault, the Western carmaker most exposed to the Russian market, posted a drop in first quarter revenues compared to a year earlier, as the conflict in Ukraine and problems with supplies of semiconductors hit the market.

The group, which also produces Dacia and Lada brand vehicles, said its sales fell 2.7% from a year earlier to €9.748bn. Excluding the activities of Avtovaz and Renault Russia, it stood at €8.9bn, down 1.1%.

Renault has been pushing ahead with plans to split its electric (EV) and combustion businesses, as it catches up to rivals such as Tesla and Volkswagen and reviews its business in Russia amid wide-ranging Western sanctions.

Renault confirmed a financial outlook laid out in March and announced it would give a more detailed update on its targets and strategy later this year.

“In a market environment severely disrupted by the conflict in Ukraine, the semiconductor crisis and inflation, Renault Group is continuing its recovery and accelerating the implementation of its strategy,” Renault finance chief Thierry Piéton said in a statement.

Break out the bubbly for the new car sales figures

Daimler, GM and Harley-Davidson among those shunning Russia over Ukraine invasion
Life
3 months ago