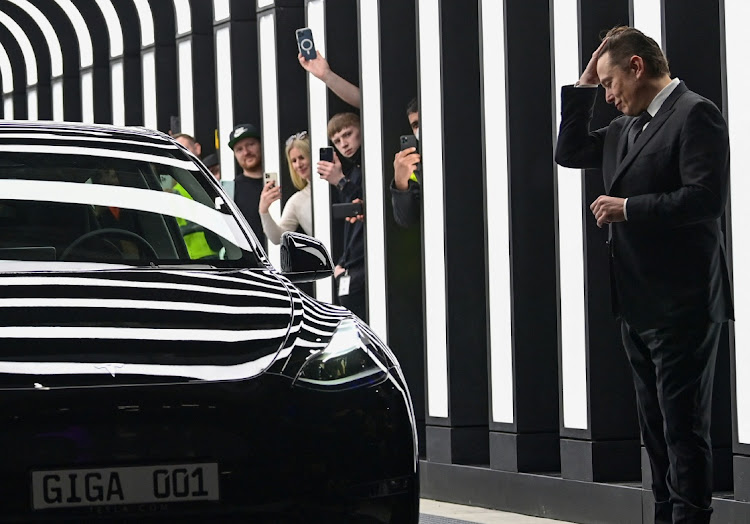 Almost 19 years after its founding, Tesla has a car factory network that spans the globe.

The leading electric-vehicle maker officially opened its plant outside Berlin on Tuesday, handing over the first 30 Model Ys to customers in front of German Chancellor Olaf Scholz. CEO Elon Musk followed through on his promise to dance as he did when Tesla opened its Shanghai factory two years ago.

Tesla shares rose a sixth consecutive day, surging as much as 6.8% to $984 and pushing the company’s market capitalisation back above $1-trillion.

The €5b  facility — first announced in late 2019 — will boost Tesla’s capacity to make electric sport utility vehicles as Russia’s invasion of Ukraine drives up fuel costs and adds momentum to already-soaring EV demand. The question for Musk, 50, is how quickly the company can ramp up output in the midst of industry-wide supply chain challenges, including shortages of semiconductors and battery metals.

“The start of production is nice, but volume production is the hard part,” Musk said during a visit to the plant construction site in October. He said then that Tesla would target making 5,000 to 10,000 vehicles a week by the end of this year.

Tesla’s plant in Gruenheide is essential to Musk capturing more of Europe’s expanding EV market. He tweeted last week that he was working on a new “master plan” for the carmaker and wrote Monday that “scaling to extreme size” would be a main subject.

The start of Model Y deliveries at the factory is the culmination of a surprise announcement Musk made while accepting an award more than two years ago at an event attended by the heads of BMW, Volkswagen  and Audi. Vehicles are now rolling off the production line in Germany’s automotive heartland, where Tesla has hired more than 3,000 workers. 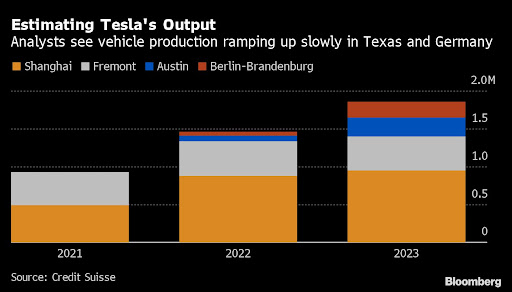 That number is set to grow by a few thousand over the coming months, Tesla said in an emailed statement. The company expects to eventually employ 12,000 people once full vehicle production is under way alongside a 50GW/hr battery-making operation.

“We have to get behind progress that’s driving new technologies, because that’s how we’ll get new jobs,” Scholz said in remarks prepared for a speech at the facility.

Though Tesla moved quickly to construct the facility, it was beset by months-long permitting delays that at times exasperated the world’s richest person.

Concerns at the site centred on its environmental impact, with activists opposing the tree-clearing that preceded construction and the effects the facility will have on wildlife and the water supply. The latter issue could linger and factor into Musk’s expansion plans, with the local water authority warning last week that further development won’t be possible without additional extraction permits.

Rising prices of nickel, lithium and other materials threaten to slow and even temporarily reverse the trend of falling costs of batteries
Companies
3 months ago
Next Article