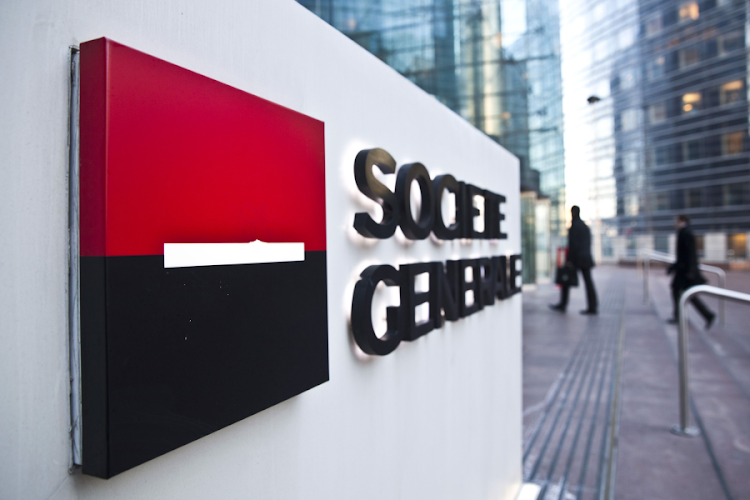 Underscoring the challenges global companies are facing as they comply with sanctions against Russia after its invasion of Ukraine, Societe Generale said on Thursday it could see an “extreme scenario” where Russia strips the bank of its local operations.

Citigroup said on Wednesday it could face billions of dollars in losses on its exposure to Russia and was looking to exit Russian assets. Bank shares have taken a drubbing in recent days amid fears of possible writedowns and weaker economies.

Western sanctions, including shutting out some Russian banks from the SWIFT global financial network, have led dozens of global companies to pause operations in the country, hammered the rouble and forced the central bank to jack up interest rates.

Britain said on Thursday it will ban Russian companies from the London insurance market, the world’s largest commercial and speciality insurance centre.

Fitch and Moody’s on Wednesday cut Russia’s sovereign credit rating by six notches to “junk” status, citing the crippling impact of Western sanctions on the economy.

Moscow has responded to the exodus of Western investors by temporarily restricting Russian asset sales by foreigners.

Russian forces have yet to overthrow the government in Kyiv but thousands are reported to have died or been injured and more than a million people have fled Ukraine in the week since President Vladimir Putin ordered the biggest attack on a European state since 1945.

Top Russian carmaker Avtovaz, controlled by France’s Renault, said it would stop its Togliatti and Izhevsk plants on Saturday and from March 9 to 10 because of a shortage of electronic components.

Toyota said on Thursday it would halt production at its Russian factory from Friday and indefinitely stop vehicle exports to the country, following similar moves by rivals including Honda Motor, Mercedes-Benz and Ford.

Supply chains, already disrupted by the pandemic, are facing more stress as airspace closures affect the air freight industry, and airlines responsible for moving around an estimated fifth of the world’s air cargo are affected by sanctions.

The world’s biggest shipping lines, MSC and Maersk, suspended container shipping to and from Russia.

Maersk said on Wednesday that shipments of foodstuffs and medical supplies to Russia risk being damaged or spoiled due to significant delays at ports and customs.

Amazon.com said on Wednesday it is using its logistics capability to get supplies to those in need and its cybersecurity expertise to help governments and companies as part of its support for Ukraine.

Japan Airlines and ANA Holdings, which normally use Russian airspace for their Europe flights, said they would cancel all flights to and from Europe on Thursday, joining other carriers that have cancelled or rerouted flights between Europe and north Asia.

Finland’s flag carrier Finnair said it had started negotiations regarding possible furloughs among its flight crew after it had to scrap some of its flights after the closure of the Russian airspace.

Germany’s Lufthansa said it could not provide a detailed outlook for 2022 due to the war in Ukraine and the pandemic.

Embraer has suspended maintenance services and the sale of parts to Russian customers, following Boeing and Airbus. The European plane maker also said it was analysing whether its Moscow engineering centre could continue providing services to local customers.

Corporate condemnation of Russia has come thick and heavy.

US energy firm Exxon Mobil, which will leave Russia like British energy firms BP and Shell, said: “We deplore Russia’s military action that violates the territorial integrity of Ukraine and endangers its people.”

Swedish fashion group H&M, which paused sales in Russia, said it was deeply concerned about the tragic developments in Ukraine and did “stand with all the people who are suffering”.

Spotify said it has closed its office in Russia indefinitely in response to what it called Moscow’s “unprovoked attack on Ukraine”.

Daimler, GM and Harley-Davidson among those shunning Russia over Ukraine invasion
Life
5 months ago