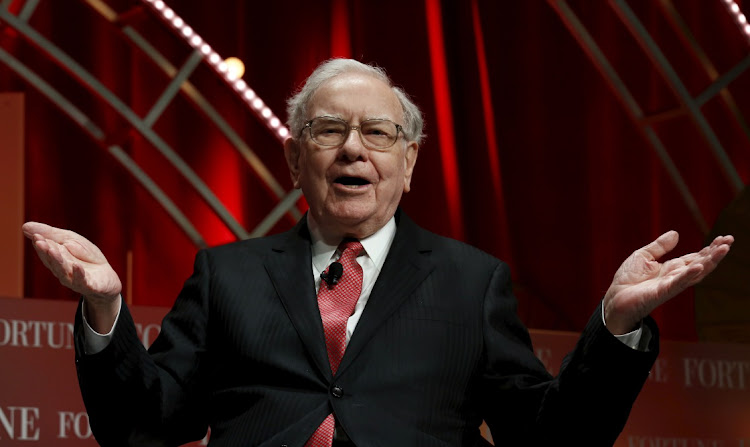 Warren Buffett signalled on Saturday that he will stick to his knitting, bemoaning the lack of good investment opportunities for Berkshire Hathaway as it sits on a mountain of cash even after repurchasing huge amount of its own stock. company’s

In his annual letter to Berkshire shareholders, the 91-year-old billionaire expressed strong confidence in Berkshire, saying its emphasis on investing in strong businesses and stocks benefits investors with a similar long-term focus.

“People who are comfortable with their investments will, on average, achieve better results than those who are motivated by ever-changing headlines, chatter and promises,” Buffett wrote.

In 2020 and 2021, it found more value by repurchasing $51.7bn of its own stock. Buffett said that “we find little that excites us” in the stock market, and  major acquisitions remain hard to come by after six years without any.

Many of those opportunities appeared to pay off in 2021.

Operating profit rose 25% to a record $27.46bn, with more than one-third from the BNSF railroad and Berkshire Hathaway Energy despite Covid-19 supply chain disruptions. In the fourth quarter, operating profit swelled 45%.

Full-year net income more than doubled to a record $89.8bn, bolstered by gains from Apple, Bank of America Corporation, American Express and other stocks in Berkshire’s vast investment portfolio.

The Apple stake alone totalled $161.2bn up to December 31, more than five times the $31.1bn Berkshire paid for it.

Stock buybacks totalled a record $27bn in 2021, and Buffett said Omaha, Nebraska-based Berkshire has repurchased another $1.2bn of its stock in 2022.

“He is offering a story of a multifaceted growth engine,” said Tom Russo, a partner at Gardner, Russo & Quinn in Lancaster, Pennsylvania and longtime Berkshire investor. “The primary message is that Berkshire has found some magnificent businesses, so let’s celebrate them.”

In his letter, Buffett touted what he called Berkshire’s “four giants” including its insurance operations, BNSF, Berkshire Hathaway Energy and the Apple stake.

“Our goal is to have meaningful investments in businesses with both durable economic advantages and a first-class CEO,” Buffett wrote.

He said Berkshire favours an “old-fashioned sort of earnings,” including $6bn last year at its BNSF railroad, throwing shade on companies that may manipulate their results to boost their stock prices.

“Deceptive ‘adjustments’ to earnings — to use a polite description — have become both more frequent and more fanciful as stocks have risen,” Buffett wrote. “Speaking less politely, I would say that bull markets breed bloviated bull.”

Berkshire ended last year with $146.7bn in cash and equivalents, not a record but close.

Buffett pledged to keep more than $30bn on hand, after long saying $20bn was the minimum.

That is in part to protect Berkshire against losses in its insurance operations, which include the Geico car insurer and a business insuring against major catastrophes such as hurricanes.

The company has more than 90 operating units, including Dairy Queen ice cream, See’s candies and several industrial companies including Precision Castparts, an aircraft parts maker hit hard by the pandemic.

Berkshire said it plans for the first time since 2019 to hold its usual shareholder weekend in Omaha, including the April 30 annual meeting.

“Woodstock for Capitalists,” as Buffett calls the weekend, typically draws about 40,000 people for shopping, dining, a 5km run and other events.

Proof of Covid-19 vaccination will be required to attend the annual meeting and obtain shopping discounts.

All signals point to even stormier markets ahead

Buffett’s wisdom extends far beyond his knowledge of investments, and I was always fascinated by the advice he would give
Opinion
11 months ago
Next Article