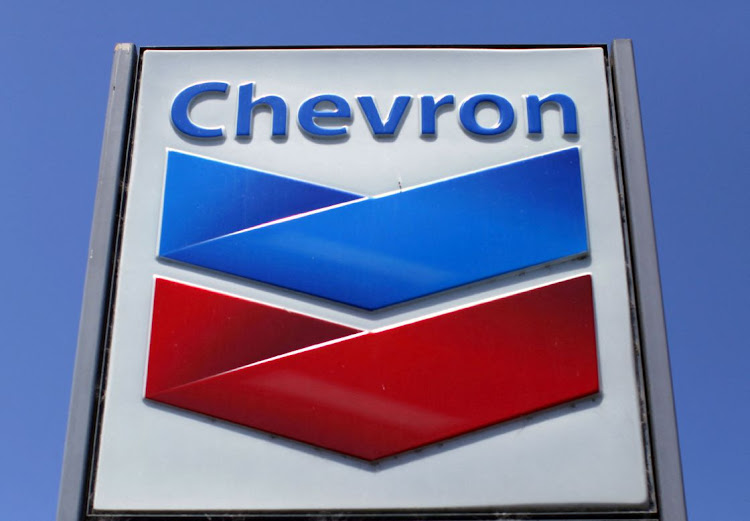 A Chevron gas station sign is seen in Del Mar, California, US, in this April 25 2013 file photo. Picture: REUTERS/MIKE BLAKE

Paris — Oil majors TotalEnergies and Chevron, partners in a major gas project in Myanmar, said on Friday they were withdrawing from the country, citing the worsening humanitarian situation after last year’s coup.

Shell, in its first public acknowledgment of the move, also said on Friday that it no longer held exploration licences in Myanmar as of last year.

Myanmar has been in turmoil since the army overthrew the elected government in February 2021 and detained its leader Aung San Suu Kyi. The junta has used brutal force to put down protests.

TotalEnergies and Chevron, along with other firms, were part of a joint venture operating the Yadana gas project off Myanmar’s southwest coast, and the MGTC transportation system carrying gas from the field to the Myanmar/Thailand border.

They have now become the latest Western companies to decide to pull out in the wake of the coup.

“The situation, in terms of human rights and more generally the rule of law, which have kept worsening in Myanmar since the coup of February 2021, has led us to reassess the situation and no longer allows TotalEnergies to make a sufficiently positive contribution in the country,” TotalEnergies said in a statement.

“As a result, (it) has decided to initiate the contractual process of withdrawing from the Yadana field and from MGTC in Myanmar, both as operator and as shareholder, without any financial compensation for TotalEnergies.”

TotalEnergies did not quantify the financial impact of the withdrawal, but said Myanmar represented a minor part of its revenues.

“Financial considerations have never been crucial in this matter. Our operations in Myanmar amounted to $105m in 2021, equivalent to less than 1% of the company’s income,” said a TotalEnergies spokesperson.

Myanmar amounted to 0.6% of TotalEnergies’ total oil and gas production in that period.

A Chevron spokesperson said: “In light of circumstances in Myanmar, we have reviewed our interest in the Yadana natural gas project to enable a planned and orderly transition that will lead to an exit from the country.”

“As a non-operator with a minority interest in the project, our immediate priority remains the safety and wellbeing of employees, safe operations and the supply of much-needed energy for the people of Myanmar and Thailand.”

Total was the biggest shareholder in the project with a 31.24% stake, while Chevron holds 28%. PTTEP, a unit of Thai national energy company PTT, and Myanmar state-owned oil and gas group Myanmar Oil and Gas Enterprise (MOGE) hold the remainder.

Shell, an equity holder in offshore Block A7 with partners Woodside Energy and Myanmar Petroleum Exploration and Production Co, said it had relinquished its exploration licences in Myanmar last year.

“Exploration blocks have been relinquished, therefore there is no production, revenue nor related payment to government,” a spokesperson told Reuters.

“TotalEnergies has finally taken heed of the calls of Myanmar people, local and international civil society to stop the flow of funds to the terrorist junta,” said Yadanar Maung, a spokesperson for activist group Justice for Myanmar.

“It is now essential that international governments move ahead with targeted sanctions on oil and gas to deny the junta funds from the remaining oil and gas projects.”

TotalEnergies said that before deciding to pull out of Myanmar, it had approached French authorities to consider putting in place targeted sanctions that would confine financial flows to escrow accounts without shutting down gas production.

“TotalEnergies has not identified any means for doing so,” it said.

Total and Chevron last year suspended some payments from the project that would have reached the junta, earning some praise from pro-democracy activists.

The group said it had notified its partners in Myanmar of its withdrawal, which will become effective at the latest at the expiry of asix-month contractual period.

Located in the Gulf of Martaban, the Yadana field produces about 6-billion cubic metres per year of gas, about 30% of which is supplied to MOGE for domestic use and 70% exported to Thailand.

“This gas helps to provide about half of the electricity in the Burmese capital Yangoon and supplies the western part of Thailand,” TotalEnergies said.

A spokesperson for TotalEnergies said PTT would be a ‘natural’ choice for its Myanmar assets, adding it was already in contact with the company over this. PTT unit PTTEP said it was “carefully considering” what to do next.

The military-run Myanmar government did not immediately respond to a request for comment. MOGE officials declined to comment.

TotalEnergies told Reuters the withdrawal process did not require the approval of Myanmar authorities.