Anglo-Australian miner falls after the government yields to demands by green groups to halt the $2.4bn Jadar project 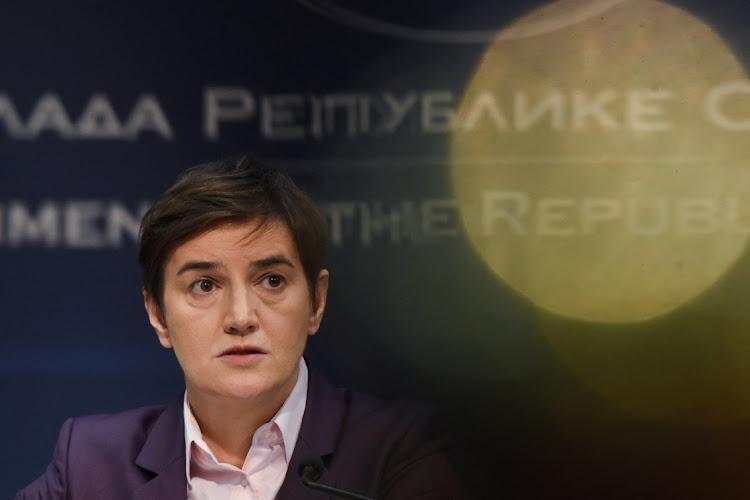 The decision by Serbia comes as it approaches a general election in April, and as relations between Belgrade and Canberra have soured after Sunday’s deportation of tennis star Novak Djokovic from Australia over its Covid-19 entry rules.

It is also a major setback for Rio, which was hoping the project would help make it one of the world’s 10 biggest producers of lithium, a key ingredient in batteries.

The mine is Rio’s only lithium project and the company announced just a month ago a deal to buy a second lithium asset for $825m, as it looks to build its battery materials business.

Rio’s shares closed down 4.1% after falling as much as 5.1% in the Australian stock market, its worst intraday drop since August 2021. The benchmark index ended down 2.3%.

Serbian Prime Minister Ana Brnabic told a news conference in Belgrade that the decision came after requests by various green groups to halt the $2.4bn Jadar lithium project that was planned to start production in 2027.

Thousands of people blocked roads last year in a protest against the government’s backing of the project, demanding Rio Tinto leave the country and forcing the local municipality to scrap a plan to allocate land for the facility.

The decision came days after ties between Australia and Serbia hit rock bottom as tennis star Djokovic was deported before he could play in the Australian Open.

Djokovic spoke out in support of “clean air” in a December Instagram story post captioning a picture of the anti-mining protests, which was published by digital sports platform The Bridge.

Twitter users were quick to joke about Rio being deported from Serbia.

Australia’s foreign ministry had no immediate comment on the decision.

Rio said it was “extremely concerned” by Serbia’s decision and was reviewing the legal basis for it.

Rio has already spent $450m in pre-feasibility, feasibility and other studies on Jadar to understand the nature of the deposit, the company said in a project fact sheet in July.

“The level of opposition to it has really ratcheted up over the last six months,” Credit Suisse analyst Saul Kavonic said of the Jadar mine.

“We’ve been highlighting for a while now there would be about $2 a share at risk if the government cancels it,” Kavonic said.

This week, Rio pushed back the timeline for first production from Jadar by one year to 2027, citing delays in approvals.

At full capacity, the Jadar mine was expected to produce 58,000 tonnes of refined battery-grade lithium carbonate a year, making it Europe’s biggest lithium mine by output.

“There aren’t that many projects like Jadar, and the Western world is not going to have its own supply chain if these are not developed,” Sam Brodovcky, Standard Chartered head of global metals and mining M&A.

“There will be an even greater shortage of lithium and other critical and battery materials.”

Experts said the world’s shortage of lithium had been forecast to last for another three years at least, but with the cancellation of the Jadar project, the shortfall would now last for several years.

“We’re at the point now where lithium supply is going to set the pace of electric vehicle rollout,” Kavonic said.

Robust global demand for the metal far outstripping supply growth has pushed lithium prices to a record in recent years.

Lithium futures, which started trading on the CME in May last year, have jumped 171% to a record $38/kg on Thursday, according to Refinitiv data.

Its state planner said on Friday that restrictions on purchases of new energy vehicles including EVs will be gradually removed in a “vigorous” push to promote “green consumption”, a plan likely to further increase demand for lithium.

Many miners, including Anglo American, Rio Tinto and BHP, have already committed to this target
Companies
7 months ago