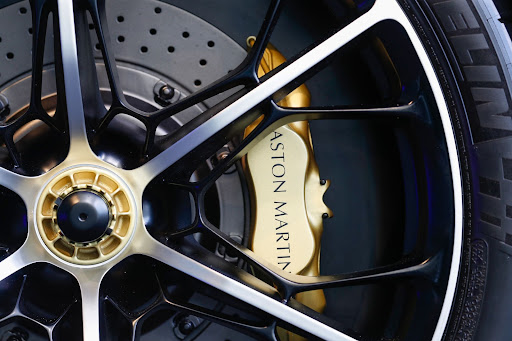 Aston Martin Lagonda Global Holdings says it has put its Valkyrie project back on track after deliveries of the £2.4m car fell short of expectations in 2021.

The company shipped just 10 units in the fourth quarter, lowering adjusted earnings before interest, taxes, depreciation and amortisation by about £15m. Aston Martin said on Friday it still reached its goal of selling more than 6,000 cars in 2021 thanks to robust demand for the DBX, its first sport utility vehicle.

The Valkyrie programme is now running “at rate” and the company expects “significant growth” from the sold-out model this year, CEO Tobias Moers said in a statement.

The Valkyrie’s launch has been plagued by electronics issues, people familiar with the matter told Bloomberg News in December. While the car is a limited-run special model that will sell in low volumes, analysts have described it as pivotal to the company’s year-end results. Bloomberg Intelligence estimates each Valkyrie sale makes the same earnings contribution as 21 Vantage V8 models.

“We believe the impact has already largely been priced in to the shares,” Gabriel Adler, a Citigroup analyst with a buy rating on Aston Martin’s stock, wrote in a note to clients. “We do not believe this impacts the company’s ability to execute on its midterm turnaround.”

Aston Martin has spent the last 18 months restructuring after a rescue by Canadian billionaire Lawrence Stroll. The fashion mogul injected much-needed cash and forged closer ties with Daimler’s Mercedes-Benz to ensure the company survives tumultuous times for the auto industry.

Moers is now broadening Aston Martin’s line-up. The company delivered 3,001 DBX units to dealers in 2021 and plans to roll out another iteration of the SUV in 2022 after introducing a smaller-engine version in China in November.

The carmaker confirmed its medium-term guidance and said it ended the year with a cash balance of £420m, higher than previously anticipated. Aston Martin will announce full-year results on February 24.