Swiss Re, Munich Re, Hannover Re and others have tightened underwriting and investment policies but they fall short of activists’ demands 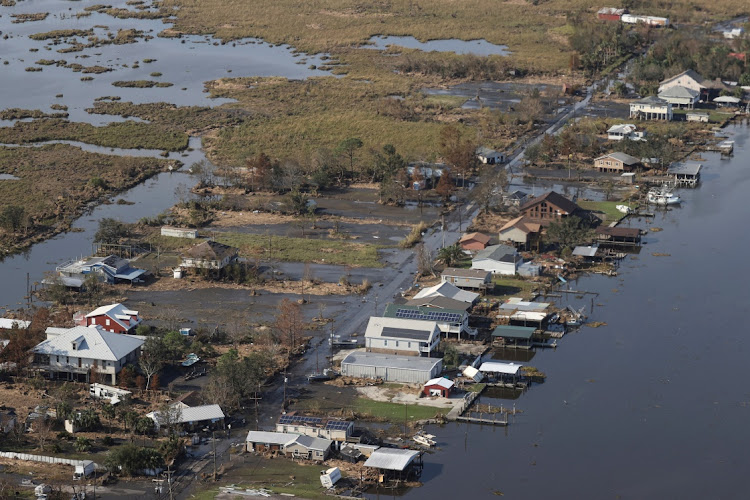 A view of flood damaged buildings are seen after Hurricane Ida on September 3 2021. Picture: REUTERS/JONATHAN ERNST

Frankfurt — A prominent activist is calling on insurers such as Swiss Re to explore suing major oil companies for climate-related damages, the latest volley in a years-long campaign that pits environmentalists against the insurance industry.

The tactic urged by The Sunrise Project, which has not previously been reported, faces an uphill battle.

Swiss Re CEO Christian Mumenthaler, in an interview at the upcoming Reuters Next conference, advocated a gradual path of decarbonisation and said such lawsuits “would not be compatible, I think, with our philosophy.”

Munich Re CEO Joachim Wenning, in a separate Reuters Next interview, also dismissed the idea.

The latest standoff is typical of the ongoing tug-of-war: climate activists fear that insurers are enabling polluting industries such as coal and oil, while insurers advocate a more moderate transition in step with a changing industry.

Insurers Swiss Re, Munich Re, Hannover Re and others have over the past few years tightened underwriting and investment policies to exclude some polluting industries from their business, but they fall short of activists’ demands.

“They should pull out all the stops,” said Peter Bosshard, director of finance at Sunrise. “Our role is to push the envelope.”

Bosshard said Swiss Re would be well positioned to take the lead in lawsuits against the oil industry, mimicking a strategy by San Francisco and New York.

The International Association of Oil & Gas Producers did not respond to a request for comment.

On his first day on the job in 2019, Hannover Re CEO Jean-Jacques Henchoz received a blue sponge and dustpan from climate activist group Urgewald, which urged him to clean up the company’s act on coal, according to Urgewald campaigner Regine Richter.

Munich Re’s CEO, at his first annual general meeting in 2018, faced protesters with signs like “Stop Coal Now!” and a petition of 6,000 signatures.

Both Hannover Re and Munich Re are increasingly turning their backs on coal-related insurance business, but in the eyes of activists, it is not enough and too slow.

Henchoz said if insurers were to sever ties quickly with polluting industries, unemployment would rise and taxpayers would have to pick up the pieces.

“The current debate is too shallow, and we need to accept that changes in energy mix and technologies will take some time,” he said. Huge investments will be required, and reinsurers should support the transition, he said.

Wenning said activists are an “important dynamic,” influencing the public and investors, but that their focus of “stopping to do something” was misplaced.

“We need to transform and push the whole industry towards becoming green and not just stopping activity,” he said.

The gaps were found in training, governance, due diligence and cash thresholds
Companies
2 months ago
Next Article