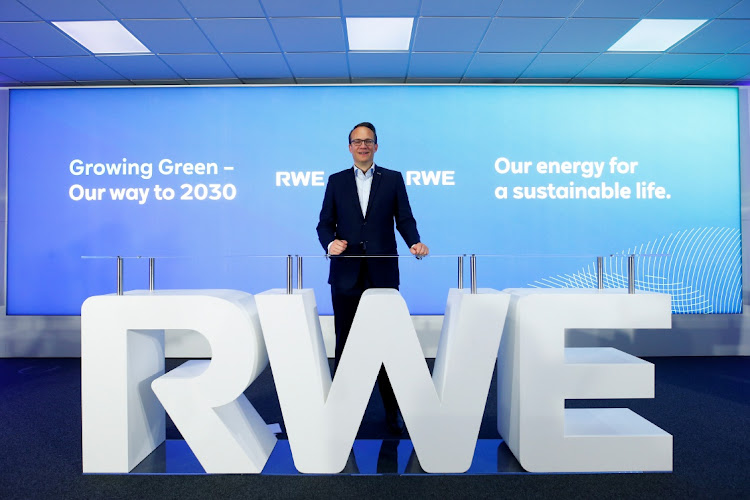 Markus Krebber, CEO of German power supplier RWE, poses for a picture after a news conference during the company's capital markets day at the RWE headquarters in Essen, Germany, on November 15 2021. Picture: REUTERS/THILO SCHMUELGEN

Essen  — RWE plans to invest €50bn through 2030 to double its green energy capacity to 50GW, as Germany's largest power producer outlined its plan to become a global renewables heavyweight.

However, CEO Markus Krebber — who took over the reins in May — remained tight-lipped on the future of RWE’s coal-fired power plants, which have been the target of criticism in light of a global push to phase out the polluting energy source.

The investment plan, unveiled on Monday and the largest in RWE’s 123-year history, comes as rival utilities and cash-rich oil majors are muscling in on the renewables sector, hoping to shift to wind and solar capacity and away from fossil fuels.

Larger European rivals Enel and Iberdrola have already announced funding plans worth a combined €265bn —  highlighting the huge sums the sector is mobilising to raise its green credentials.

RWE’s strategy update follows a major restructuring that saw it take over the renewables activities of former division Innogy and E.ON, turning it into one of Europe’s largest renewables players in the process.

“Our comprehensive strategic transformation has been successfully completed. We are in a great position to actively shape the key decade of the energy transition,” Krebber said.

RWE’s nuclear- and coal-fired power plants in 2020 accounted for 31% of the group’s 40.7GW total installed capacity.

Krebber said that RWE was ready to talk about an accelerated exit from coal, which the parties trying to form the next German government are planning, but said there were numerous factors that needed to be considered.

Activist energy investor Enkraft has called on management to separate the group’s lignite activities in a bid to cut emissions, sharpen the focus on renewables and boost its share price.

RWE’s investment plan will be funded from its cash flows from operating activities, it said, adding the 90 euro cents per share dividend it plans to pay for 2021 will serve as a floor in the coming years. In the long-term, it aims to pay out 50%-60% of adjusted net profit.

RWE said total investment would average €5bn  a year through the decade for offshore and onshore wind, solar, batteries and hydrogen, with 90% of that sum aimed at wind and solar power as well as batteries.

Asset rotation, which effectively means the partial sale of activities to bring in external funds, will account for 40% of that sum, bringing the net cash investments RWE plans to spend annually until 2030 to €3bn.

Adjusted earnings before interest, tax, depreciation and amortisation (ebitda) in its core business, which excludes nuclear and coal, is expected to more than double as a result to €5bn by 2030, the company said.

Company has confirmed access only to about 10% of the natural gas needed to displace coal, Global Climate Insights says
News
2 months ago

Regulation may increasingly require banks to become something akin to the ‘ESG police,’  according to Wells Fargo analysts
Companies
3 months ago 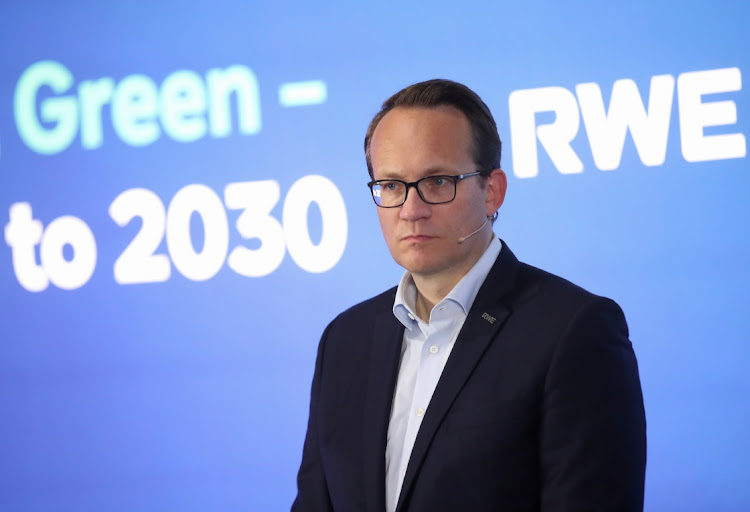