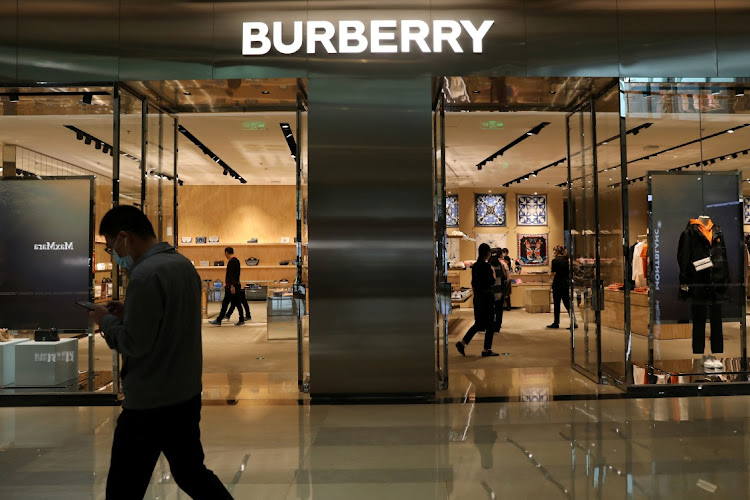 A man walks past a store of luxury brand Burberry at a shopping mall in Beijing, China. File photo: REUTERS/TINGSHU WANG

Burberry’s sales flatlined in the second quarter due to bad weather and Covid-19 travel restrictions in China, taking the shine off the fashion brand’s better than expected profit.

The company’s share price fell as much as 10% in early Thursday trading on the London Stock Exchange, giving up the gains since mid-October after it reported flat like-for-like second-quarter store sales compared to two years ago, before the pandemic struck. Later, the share pared some of its losses to trade 5% down at 1,862.5p.

CFO Julie Brown said footfall in China dropped in August but it recovered in September and October in line with expectations.

China is Burberry’s biggest market, and growth in the country, along with South Korea and the US drove its revenue to pre-pandemic levels in the first half of its financial year.

Worries about the strength of China’s economy and an initiative to redistribute wealth, named “common prosperity” by President Xi Jinping, have hit the luxury sector.

Brown, however, said that Burberry had seen no sign of a drop in demand, apart from the disruption in August.

“Our market tends to be the upper middle class and we are actually finding that momentum has continued,” she said.

Trading in Burberry’s home market and elsewhere in Europe “remained difficult” due to low tourism, Brown said, with first-half sales down 31% from two years ago.

Burberry, which recently poached Versace boss Jonathan Akeroyd to be its new CEO, reported revenue of £1.21bn for the six months to September 25, up 45% at constant exchange rates.

Adjusted operating profit came in at £196m, nearly four times the level achieved a year ago and beating expectations.

The company, known for its camel, black and red check and new “TB” monogram, said full-price sales almost doubled in the Americas, while South Korea grew almost 80%, and mainland China was up over 40%.

Akeroyd will join Burberry next April, succeeding Marco Gobbetti, who announced his departure in June, midway into a multiyear turnaround to take the brand further upmarket.

LVMH’s results suggest the industry’s growth is staying on track, even if the pace slows
Companies
8 months ago

Most of Luxe’s board steps down

Most of Luxe’s board steps down