CEO succeeds in plan to break conglomerate into three companies for health-care, aviation and power businesses 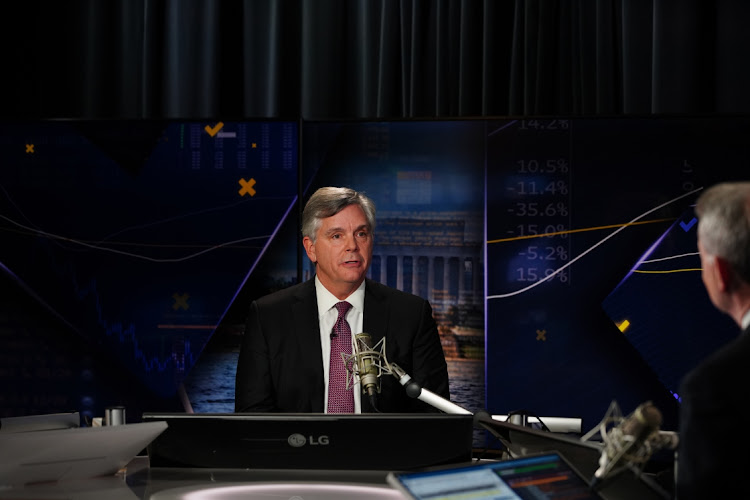 This was the break-up that eluded a generation of General Electric (GE) insiders.

When Larry Culp, the first GE CEO not to rise through its ranks, convened a board meeting earlier this month to greenlight the split of the industrial conglomerate into three companies, he secured its backing.

It was a far cry from board meetings held in the 1980s and 1990s by one of Culp’s predecessors, Jack Welch. The iconic entrepreneur got the GE board to back his moves in the opposite direction, getting GE into businesses as diverse as mortgages, credit cards and television entertainment and prompting the Federal Reserve to say the company is too big to fail.

Welch’s successors, Jeff Immelt and John Flannery, gradually sold of many of GE’s businesses to boost the company’s ailing share price in the two decades that followed.

But it was Culp who managed to push through the ultimate untangling of GE, with a plan to break it up into three companies to house its healthcare, aviation and power businesses separately.

Culp, 58, became GE’s CEO in October 2018 after joining it as a board director six months earlier. He started discussing the idea of a break-up with GE’s board a year ago, according to a person familiar with the matter, but discussions intensified in the last six months as the plan he put together took shape.

“With the progress on the deleveraging, the progress with our operational transformation, the pandemic lifting … there’s no reason to wait a day,” Culp said. “It’s the right thing to do.”

General Electric chairman and CEO Larry Culp discusses the factors behind the decision to split the conglomerate into three separate companies on “Balance of Power.

The idea to spin off healthcare was not new — Flannery had floated it publicly in 2018, but never got to see it through. Financial woes at GE’s power business escalated into a crisis that caused the company to miss many profit targets and cost Flannery his job.

In the weeks after his appointment, Culp, a former CEO of industrial conglomerate Danaher Corp, undertook a top-to-bottom review of GE’s sprawling businesses and numerous profit-and-loss lines, people familiar with the matter said. Analysts and investors lauded him for improving GE’s profitability.

Culp decided at the time that the health-care business, a pre-eminent supplier of medical equipment and instrumentation, was too important of a cash cow, while GE’s other two businesses were still not self-sufficient for the break-up to happen, one of the sources said.

Still, Culp wanted to pursue the idea, and pruned GE through other deals in the mean time. These included a $30bn merger of GE’s jet-leasing unit with Ireland’s AerCap, and the $21bn sale of the biopharma business to Danaher.

Now, GE’s troubled power business is finally turning a profit. The company’s renewable energy business has also been able to improve its cost structure and be in a position to capitalise on the transition to a low-carbon economy.

“We can spin healthcare, we can do that first. That business is clearly performing well. We have some preparations on the shelf from the [abandoned] IPO a few years ago,” Culp said.

“We’ve talked about some of the work we still need to do in renewables … but we’ll really be ready for this next step in early 2024.”

Hedge fund Trian Fund Management, an ally of Culp on GE’s board, lauded the latest moves, stating it “enthusiastically supports this important step in the transformation of GE”.

Culp’s tenure at GE has not been without criticism. arlier this year, GE shareholders rejected a payout for Culp of as much as $230m in a non-binding vote.

Proxy advisory firms Institutional Shareholder Services and Glass Lewis, which opposed the pay packages, argued that GE had lowered the bar on Culp’s performance targets during the Covid-19 pandemic and that his stock award was too generous.

GE countered that the payout was necessary to incentivise Culp.

Iconic US manufacturer will split into healthcare, energy and aviation businesses
News
6 months ago

Volvo, Ford, GM aim for zero-emission vehicles but VW, Toyota and Stellantis aren’t part of the industry’s pledge
Life
6 months ago
Next Article