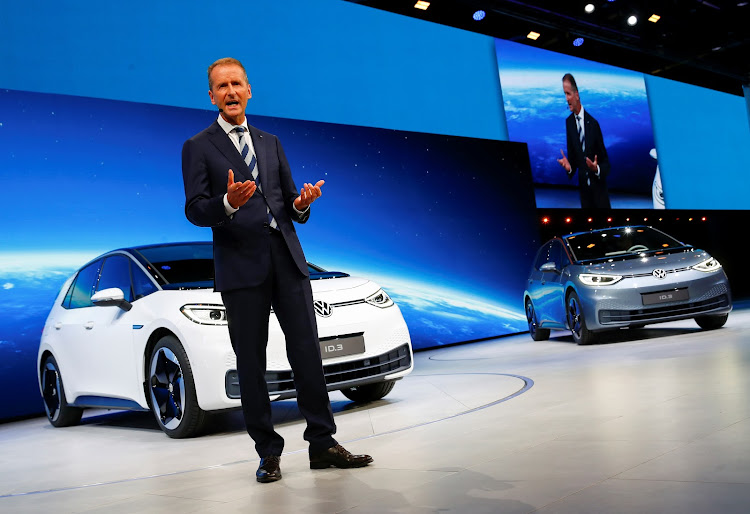 Frankfurt/Hamburg — Volkswagen CEO Herbert Diess sought to defuse a clash over the pace of reform needed to challenge Tesla for the electric vehicle throne when he addressed thousands of workers at the carmaker’s Wolfsburg plant on Thursday.

Diess, whose ambition to push reforms to catch up with Tesla has caused conflict with labour representatives worried about job cuts, acknowledged the efforts workers had made in transforming Volkswagen.

At the heart of the clash lie Diess’s concerns that Volkswagen might lose its position as a world-leading carmaker unless it accelerates an overhaul to compete with Tesla, led by CEO Elon Musk, and nimbler rivals in China.

“I’m being frequently asked why I keep comparing us with Tesla. I know this is annoying to some,” Diess said. “Even if I no longer talk about Elon Musk, he’ll still be there and revolutionises our industry and keeps getting more competitive quickly.”

His comments came after Cavallo criticised Diess for his communication style in recent weeks, which she said fuelled concerns among workers that the transformation will result in tens of thousands of job cuts.

“We’re tired of hearing time and again that the works council is apparently only concerned with preserving the status quo,” she said, adding workers and labour representatives were all backing the needed overhaul.

Diess, in a supervisory board meeting in September, warned that as many as 30,000 jobs could be lost if Volkswagen was not fast enough in transforming itself, sources have said. He has said Tesla is much more efficient with its much smaller workforce.

Bugatti Rimac is a marriage of two technological trailblazers, with Porsche as a strategic partner
Life
6 months ago