Boardroom fight at Rogers Communications has been brewing since the patriarch, Ted Rogers, died 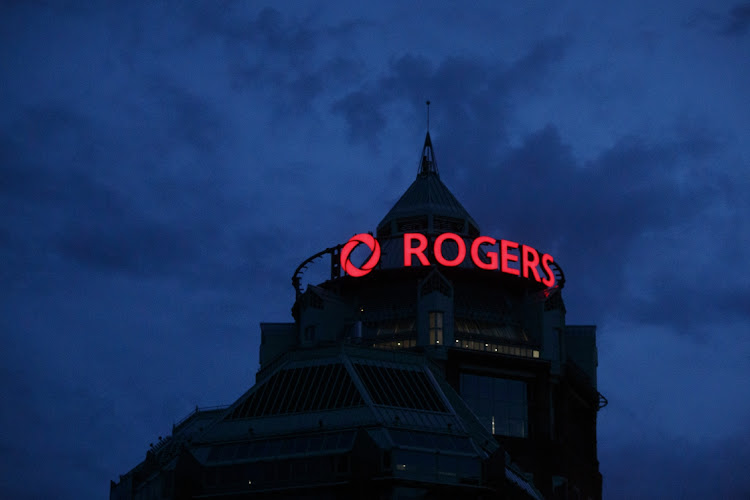 There has perhaps never been a boardroom fight in Canadian financial history quite like the one that is raging inside Rogers Communications.

Pitting son against mother and brother against sisters, it has pulled out into broad daylight a nasty, internecine feud that had been brewing behind closed doors ever since the patriarch of the family, Ted Rogers, died in 2008.

After a week of attacks and counterattacks, which came like rapid fire one after the other, Edward Rogers — Ted’s only son — appears to have the upper hand against his mother and sisters in the struggle for control of Canada’s biggest wireless company.

What is unclear is whether he can hold onto that power — both sides claimed on Sunday that their slate of board directors is in charge — and, more importantly, whether whoever ends up on top can turn about a sputtering business and breathe life into a stock that has badly lagged behind rivals since Ted’s passing.

“It’s like a family business in its worst form,” said Kai Li, a professor of finance at the University of British Columbia who teaches courses on M&A.

Li says that the infighting is so bad that it could threaten the company’s planned $16bn acquisition of Shaw Communications — a key piece to any successful turnaround plan. The deal is seen as necessary to improve Rogers’s wireless network across western Canada, extend its cable business and give it financial heft to compete against larger rival BCE.

As the family feud exploded into the public eye, shares of Shaw slumped for nine consecutive days. They are now trading 12% below the takeover offer — a sign that investors are starting to worry the transaction could fall apart or be delayed. “This is a huge crisis situation,” Li said.

The power struggle between Edward Rogers, his family members and company executives has been going on for years. But things really began to boil over when he hatched a plan to oust CEO Joe Natale and a number other senior executives and promote CFO Tony Staffieri to the top job.

Edward’s sisters — Melinda Rogers-Hixon and Martha Rogers — and mother — Loretta Rogers, Ted’s widow — joined other directors in siding with Natale and blocking the change. They also took unprecedented measures to limit Edward’s authority, including removing him as chair on October 21.

In a fitting twist for such a wild affair, Staffieri accidentally revealed the coup plot to Natale by pocket-dialling the CEO while he was discussing it with someone else, according to a person with knowledge of the incident, which was reported first by the Globe and Mail. Staffieri left the company on September 29.

Behind Edward’s attempt to push out Natale is a frustration with the company’s performance, including its wireless unit, which counts 11.2-million subscribers.

The problems include sluggish growth in wireless network revenue; a loss of roaming revenue due to Covid-19 travel curbs; and a media division that is barely profitable and carries the weight of an expensive rights contract with the National Hockey League.

But Edward Rogers has also earned a reputation for meddling and undermining the company’s senior executives, even before the latest chapter with Natale. The previous CEO, a charismatic British executive, Guy Laurence, lasted less than three years. The one before that, Nadir Mohamed, survived a little more than four.

Within the Rogers board and the family, there is a growing belief that Edward is the reason for the revolving door of senior managers, according to a person familiar with the board’s deliberations.

Rogers directors said they have tried to stop Edward from “continuous scheming behind the leader’s back in this company for the past seven years”, according to a letter sent by independent directors to Rogers family adviser John Tory on October 20. (Tory is also the mayor of Toronto.)

The family’s arguments and the company’s structure, which concentrates the power in Rogers family members, have become a drag on the wireless firm’s shares, said Norman Levine, MD of Portfolio Management Corp, a Toronto-based investment firm.

“One of the problems that Rogers has had all along is very poor corporate governance,” Levine said on BNN Bloomberg Television. “It explains to the public now why Rogers sells at a discount to the other telcos and has for quite some time.”

Edward Rogers’ tangle with Natale, while a major deal is in progress, appears to have crossed a red line for his mother, sisters and most of the board. When they stopped his plan to sack the CEO, he responded by recruiting five new independent directors. They, in turn, then stripped him of his chair title.

But the story does not end there because of peculiarity of Edward’s other role. He is also chair of the Rogers Control Trust, the private entity that controls about 97% of the voting shares at Rogers Communications, a stake worth C$6.7bn.

That position gives him broad authority to vote the family’s shares in the public company. He is trying to use that power to execute his plan to change five of 14 board members. Combined with two other directors already known to support him, plus his own vote, Edward Rogers would again be able to flex his power at Rogers Communications — and possibly fire Natale.

His own mother denounced him publicly. “Simply put, his actions demonstrate a disregard for good governance and create a grave amount of risk for the company at an especially sensitive time,” Loretta Rogers, Melinda Rogers-Hixon and Martha Rogers said in a statement on Friday.

Martha Rogers said on Saturday they would spend “every penny defending the company, employees and Ted’s wishes” against her brother’s boardroom play.

So on Saturday investors witnessed the bizarre spectacle of conflicting statements about who, exactly, is on the board of a C$30bn public company that owns some of Canada’s most important communication networks.

Edward Rogers claimed he has already changed the board with a written shareholder resolution and that the new board held its first meeting on Sunday night. The company, its new chair and Melinda Rogers-Hixon all say it is legally impossible for him to fire and hire directors on a whim — so the purported board meeting is meaningless.

Even so, Edward Rogers has a good chance of getting his way, eventually.

The head of the Rogers Control Trust holds the votes that elect the board of Rogers Communications, according to the public company’s disclosures. Edward’s sisters and mother can’t remove him from that position unless they get seven of 10 votes on the trust’s advisory committee, and right now, it does not appear that they can.

It is a complicated mechanism that was designed by Ted Rogers. It was his hope that the trust would help d about a smooth transition to the next generation at Rogers Communications.

Wheels of success are turning for woman-powered spaza supplier

Gauteng entrepreneur Sibongile Motlhasedi saw a business opportunity when the lockdown was imposed and expanded her spaza shop with a bicycle ...
Business
2 months ago

If scheme is approved IA Bell will acquire an additional 29.45% stake in the company and delist it from the JSE
Companies
2 months ago
Next Article