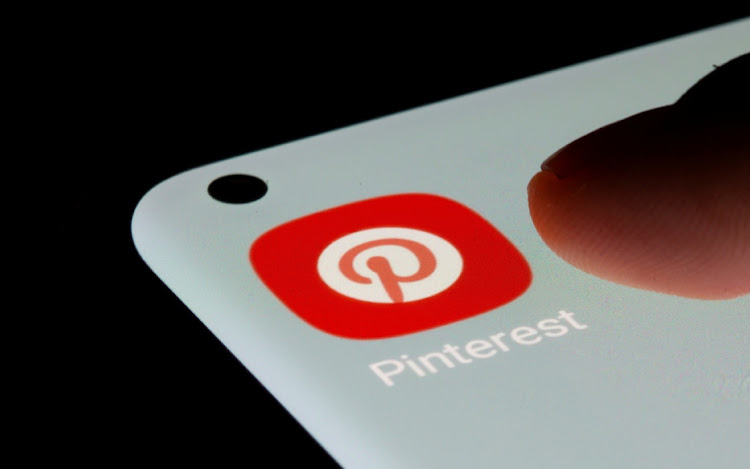 The Pinterest app on a smartphone. Picture: DADO RUVIC/REUTERS

PayPal Holdings is exploring an acquisition of social media company Pinterest, people with knowledge of the matter said.

San Jose, California-based PayPal has recently approached Pinterest about a potential deal, the people said, asking not to be identified because the talks are private. The companies have discussed a potential price of around $70 a share, the people said.

That would value Pinterest at about $45bn for the entire company, including its Class B shares. A deal at that level would represent about a 26% premium to Pinterest’s Tuesday closing price of $55.58.

Pinterest shares surged 13% to $62.92 in New York trading on Wednesday, after earlier triggering a trading halt. Shares of PayPal were down 5.7%, giving the company a market capitalisation of about $301bn.

A boom in online shopping has helped PayPal stock more than double since the start of 2020, giving the company a strong currency it could use for acquisitions.

PayPal’s interest comes at a complicated time for Pinterest. The social media company announced this month that co-founder Evan Sharp, who oversaw its design and product teams, is stepping down. It’s also been dealing with a number of accusations from former employees that Pinterest discriminated against female workers.

Pinterest went public in an April 2019 initial public offering valuing the company at just over $10bn.

Terms of a transaction could still change, and there’s no certainty the talks will lead to an agreement, the people said. A representative for PayPal didn’t respond to a request for comment, while a spokesperson for Pinterest couldn’t immediately comment.

PayPal has set its sights on becoming the world’s next “super app”, a one-stop shop for all things shopping and finance, akin to China’s Alipay or WeChat, India’s Paytm or Singapore’s Grab. In recent months, the firm has said it would add a bevy of new services to its revamped app, including high-yield savings accounts, check-cashing services and stock-investing capabilities.

With those changes, the payments giant has said it expects the number of active users on its sprawling platform to climb to 750-million, from 403-million, by the end of 2025. If CEO Dan Schulman is able to pull it off, the company could become an even more central part of consumers’ lives, like a Facebook or an Amazon.com.

Pinterest offers a visual search and scrapbooking platform where users can save, collect and group images by themes. It benefited in the early stages of the pandemic as advertisers flocked to social media sites to woo a captive audience that embraced a shift to e-commerce.

The company has been introducing new tools to help creators make their “pins” shoppable, drawing a more direct connection between content on Pinterest’s site and online purchases. Pinterest shares hit an all-time high in February, but they have since fallen as usage slowed with the easing of Covid-19 restrictions. In July, Pinterest reported monthly active users for the second quarter that missed the average analyst estimate and said it had a lack of visibility on key engagement drivers going forward.

“We see how it can make sense for the company,” Sanjay Sakhrani, an analyst at Keefe Bruyette & Woods, wrote in a note to clients. “Pinterest could enhance engagement between consumers and merchants with PayPal being a central facilitator in the commerce journey, thereby feeding into the company’s vision of being a super app.”

PayPal’s appetite for acquisitions has been increasing in the past few years as it snapped up competitors and moved into new markets. It purchased European small-business commerce platform iZettle in 2018 as part of a bid to better challenge Square Inc.

Internet retail giant harming small manufacturers and ‘eating the cake that is not meant for them’, Indian trader representative says
Companies
1 month ago

Facebook remains down 3.6% for the week as lengthy global outage of its sites and whistle-blower testimony weigh on shares
Companies
1 month ago
Next Article