Michael Avery and guests talk about the climate finance fight 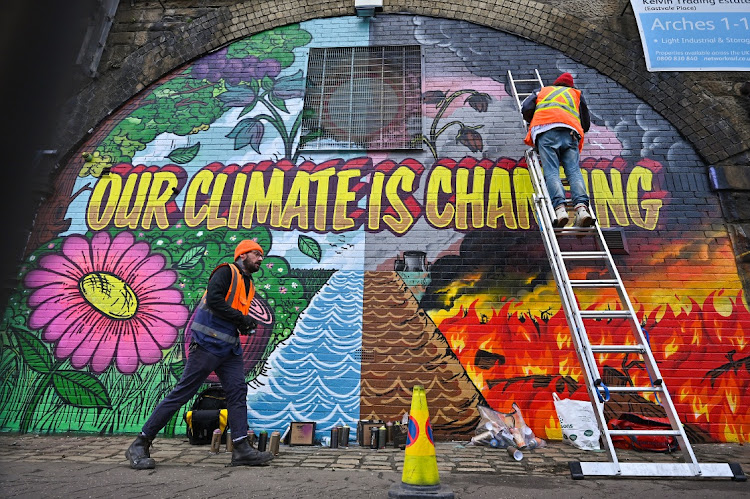 Artists paint a mural on a a wall next to the Clydeside Expressway near Scottish Events Centre (SEC), which will be hosting the COP26 UN Climate Summit later in the month, on October 13 in Glasgow, Scotland. Picture: JEFF J MITCHELL

You’re watching Climate Conversations on Business Watch with Michael Avery, as we build up to COP26 to discuss whether we’re turning the tide on climate change brought to you by Investec.

So far in the series, BDTV has spoken to environmental affairs minister Barbara Creecy about what the overall focus is for the SA government heading into the so-called “super COP”. The race to net zero has been debated and whether the science is congruent with the promises and greenwashing. BDTV zoomed in on one of the most crucial elements of the discussions — the climate finance fight.​

To talk about the climate finance fight in part 3 of this 8-week series of climate conversations, Business Day TV spoke to Zaheer Fakir, chief policy adviser for international relations and governance in the department of environmental affairs, and lead co-ordinator for finance for the African Group of Negotiators on Climate Change; John Wade-Smith, head of climate change and energy at the British High Commission; and Martin Meyer of Investec Corporate and Institutional banking.

Critics say CCS plants are a waste of time and money; proponents argue they are essential to help meet net zero emissions
World
10 months ago