Up to 10,000 Deere workers down tools as wage talks collapse 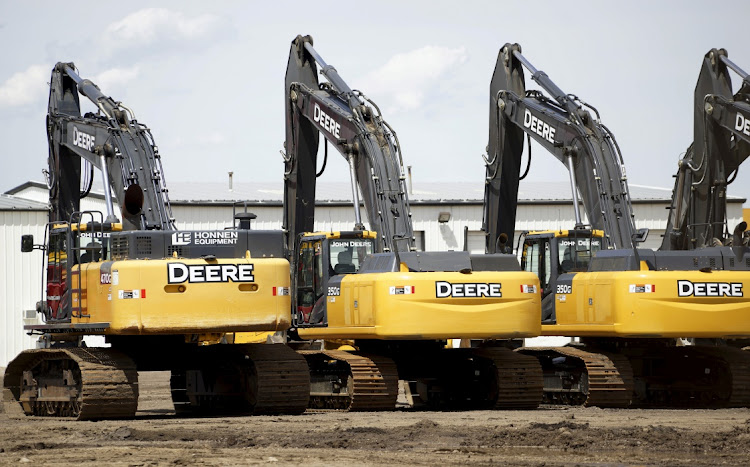 Thousands of workers at Deere & Co, the world’s biggest farm machinery maker, began picketing on Thursday for the first time in more than three decades to demand better pay as the company heads for its most profitable year ever.

Representatives from the company and the United Auto Workers (UAW) union failed to reach an agreement over a new labour contract, which ignited the strike around midnight Chicago time.

The move comes amid a labour shortage in the US, and as pandemic-induced chaos in global supply chains upends business as usual for manufacturers. But Deere stands out because it’s enjoying boom times despite the challenges. Its shares have risen 38% in the past year amid a rally in crop prices that buoyed farmer earnings and demand for tractors. The company is set to enjoy its most successful year ever, with Wall Street analysts predicting record earnings minus items.

During leaner times, employees made concessions to the company, the union said. Now it’s time for the company to pay them back.

The 10,000 Deere employees, or about 14% of the workforce, are on strike “for the ability to earn a decent living, retire with dignity and establish fair work rules,” Chuck Browning, a vice-president at the union said in a Facebook post.

The dispute may not end quickly. Evercore ISI downgraded the company’s stock on Thursday, citing risks for a prolonged fight.

The strike isn’t happening in a vacuum. US workers have been seeking better compensation broadly amid labour shortages. Employees at Kellogg Co. cereal plants went on strike last week.

The timing of the strike is also significant. It’s coming in the middle of the North American harvest. While that is a period of weaker production for Deere, it could disrupt the harvest if farmers experience equipment breakdowns and Deere is unable to respond speedily.

A work stoppage beyond a few days may make it tougher to get hold of replacement parts if equipment breaks during the harvest, according to Brian Strasser, a manager at Sinclair Tractor in Kalona, Iowa.

“Even though farmers are very resilient, if something breaks now, rather than taking hours it could take days to fix,” Strasser, who also farms corn and soybeans in east Central Iowa, said by phone.

The last time Deere employees went on strike was in 1986 for 163 days. The affect to financial results for the company will depend on how long it takes for both sides to reach an agreement, according to Matt Arnold, an analyst at Edward Jones. Arnold wrote in a note to clients on Thursday there likely will be a temporary affect to Deere’s operations as they will be less efficient.

Stephen Volkmann, an analyst at Jefferies. Volkmann said labour accounts for about 15% of Deere’s costs.

“We are determined to reach an agreement with the UAW that would put every employee in a better economic position and continue to make them the highest paid employees in the agriculture and construction industries,” Deere’s vice-president of labour relations Brad Morris said in a statement. He added that the company would keep operations running while negotiations continued.