At age 90, ‘Star Trek’ actor William Shatner is poised to become the oldest person yet to blast off 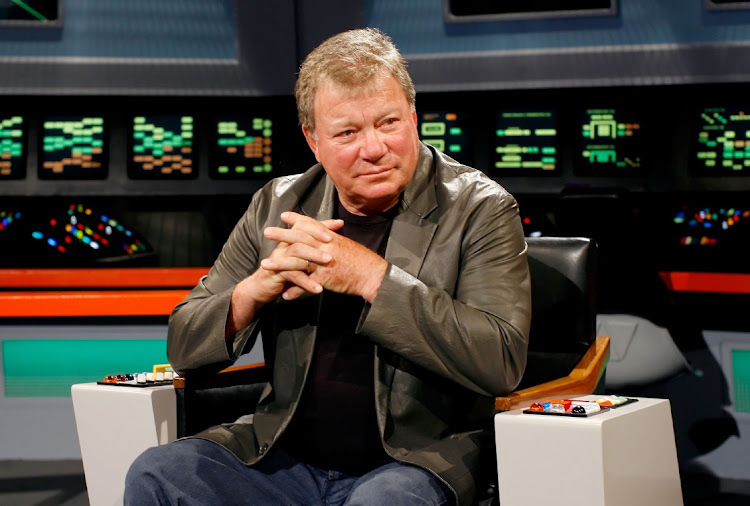 William Shatner sits in the Enterprise captain’s chair at the ‘Star Trek The Tour’ in Long Beach, California, US, in this file photograph. Picture: WIREIMAGE/CHRIS POLK

Van Horn — Three months after billionaire US businessman Jeff Bezos soared into space aboard a rocket ship built by his Blue Origin company, the craft is set on Wednesday to take another all-civilian crew on a suborbital ride, this time with Star Trek actor William Shatner in the lead role.

As one of four passengers selected for the flight, Shatner, at age 90, is poised to become the oldest person yet to venture into space.

It is a fitting honour for an actor who became a pop culture mainstay for playing Captain James T Kirk of the starship Enterprise in the classic 1960s television series and seven subsequent films. Shatner now gets to live out the mission he described during the opening credits of each episode of the series to explore “space — the final frontier”.

After a 24-hour weather-related postponement, Shatner and his fellow passengers on Wednesday are set to strap into Blue Origin’s fully autonomous 18.3m-tall New Shepard rocket, blasting off from a base in the West Texas town of Van Horn on a journey to the edge of space.

“I’m going to see the vastness of space and the extraordinary miracle of our Earth and how fragile it is compared to the forces at work in the universe,” Shatner told NBC’s Today programme. “I’m thrilled and anxious — and a little nervous and a little frightened — about this whole new adventure.”

The launch represents another crucial test of Blue Origin’s technology as the company competes against billionaire-backed rivals — Elon Musk’s SpaceX and Richard Branson’s Virgin Galactic Holdings — to attract customers willing to pay large amounts of money to experience the exhilaration of space flight.

Demonstrating safety and lowering ticket costs are crucial in tapping a nascent space tourism market that, according to UBS, could reach an annual value of $3bn in a decade.

Wednesday’s flight is expected to roughly follow the duration and path of Blue Origin’s inaugural commercial trip on July 20 when Bezos, founder of e-commerce powerhouse Amazon.com, and three other passengers took a suborbital flight lasting just more than 10 minutes.

The New Shepard vehicle carried the foursome 107km above Earth, giving its passengers a few minutes of weightlessness, before the crew capsule parachuted safely back to the floor of the Texas desert. On that flight, pioneering female aviator Wally Funk at age 82 became the oldest person to reach space.

The company did not disclose how much any of the passengers had paid or whether any had been allowed to fly for free, though Shatner said Blue Origin approached him about taking the flight.

The launch comes less than two weeks after the US Federal Aviation Administration said it will review safety concerns raised by former and current Blue Origin employees who asserted that the company was prioritising speed and cost savings over quality control and adequate staffing.

Blue Origin, founded by Bezos in 2000, promised to investigate any claims of misconduct and defended its safety record, calling New Shepard “the safest space vehicle ever designed or built”.

Branson inaugurated his space tourism service on July 11, riding along on a suborbital flight with six others aboard his company’s VSS Unity rocket plane.

The most established industry player is SpaceX, the company founded in 2002 by Musk, CEO of electric vehicle maker Tesla. SpaceX has launched numerous astronauts and cargo payloads to the orbiting International Space Station for NASA.

SpaceX debuted its space tourism business by flying the first all-civilian crew to reach Earth’s orbit in a three-day flight ending on September 18.