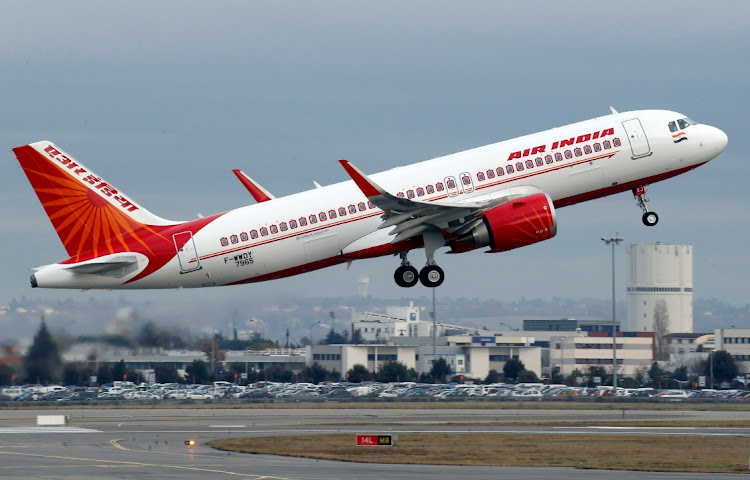 Tata Sons was selected as the winning bidder for India’s flag carrier, ending decades of attempts to privatise a money-losing and debt-laden airline, and potentially ending years of taxpayer-bailouts that’s kept the company alive.

Tata Sons, which originally launched Air India with a namesake branding in 1932, bid 180-billion rupees ($2.4bn) as an enterprise value for Air India, Tuhin Kanta Pandey, the top bureaucrat at India’s department of investment and public asset management, said at a briefing on Friday. The government aims to complete the transaction by the end of 2021.

The high-profile sale is a boost for Prime Minister Narendra Modi, who has embarked on a bold privatisation plan to plug a widening budget deficit, validating his stand of the state staying away from most businesses. For Tata Sons, Air India adds a third airline brand to its stable, and gives it access to more than a hundred planes, thousands of trained pilots and crew, and lucrative landing and parking slots all around the world.

“It’s a start of the privatisation process. For them to actually pull the trigger, and such a symbolic one, is a good sign,” said Rahul Bajoria, chief India economist at Barclays. “Execution side seems to be getting better.”

Bloomberg News reported last week that the conglomerate’s bid was ahead of an offer from entrepreneur Ajay Singh. The consortium led by Singh, who’s also the chair of budget carrier SpiceJet, bid 151-billion rupees, Pandey said.

Tata Sons, the holding company for the salt-to-software empire and owner of British luxury carmaker Jaguar Land Rover, is coming back to an asset it started almost 90 years ago. Established by legendary industrialist and philanthropist JRD Tata, who was India’s first licensed pilot, the airline originally flew mail in the 1930s between Karachi in then-undivided, British-ruled India and Bombay, now known as Mumbai.

Once it turned commercial and was government-owned in the 1950s, Air India quickly became popular with those who could afford to take to the skies. Its advertisements featured Bollywood actresses and passengers were treated to champagne and porcelain ashtrays designed by surrealist painter Salvador Dali.

However, with the advent of private carriers in the 1990s, and then a rush of low-cost, no-frills airlines in the mid-2000s, Air India lost its edge in both domestic and international markets. The carrier, known for its Maharaja mascot, suddenly wasn’t the only option for flying overseas and its reputation for impeccable service and hospitality began to ebb.

“Welcome back, Air India,” Ratan Tata, JRD Tata’s successor and chair emeritus of Tata Sons, said in a tweet. “While admittedly it will take considerable effort to rebuild Air India, it will hopefully provide a very strong market opportunity to the Tata Group’s presence in the aviation industry.”

Tatas will have to bring in a strong management structure, rationalise routes and augment the fleet in a challenging environment made worse by the coronavirus pandemic, according to Harsh Vardhan, chair of New Delhi-based Starair Consulting.

“Saying it will be easy or a cakewalk for the Tatas to turn around Air India won’t be a correct statement,” he said. “The cost of operations in India is also very high. It is a challenging scenario.”

For Tata Group, Air India adds a third airline brand to its stable, considering the conglomerate already holds a majority interest in AirAsia India and Vistara, a joint venture with Singapore Airlines Ltd.

Air India — which hasn’t turned a profit since its 2007 merger with Indian Airlines — holds prized landing and parking slots at London’s Heathrow airport, which may help Vistara lure business travellers with direct flights to Europe.

The purchase will be a test of the group’s aviation acumen. Tata Group has faced criticism for not running its existing aviation businesses efficiently, even though they represent a tiny portion of overall revenue.

“I congratulate the Tata Group on winning the bid for Air India and wish them all the success,” runner-up Singh said in an emailed statement. “It’s time for the Maharaja to reclaim its position as a leading airline of the world.”

Bloomberg News .More stories like this are available on bloomberg.com