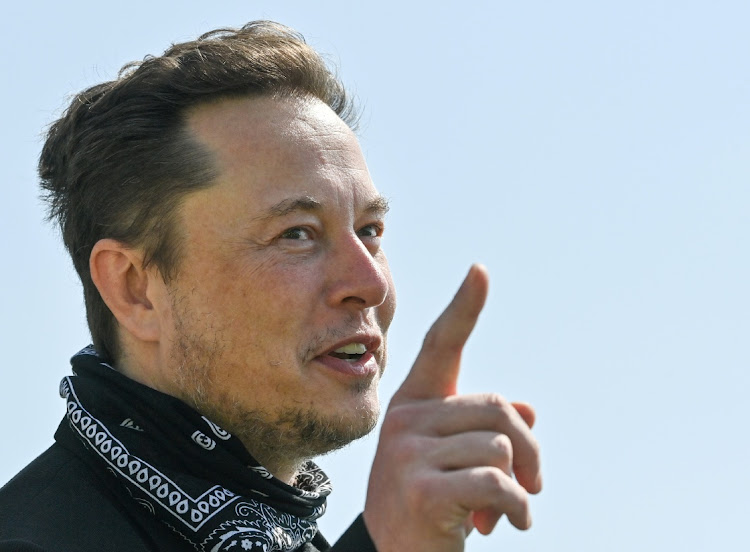 Tesla will move its headquarters to Austin, Texas, following through on a threat Elon Musk made last year when tensions between the billionaire and California boiled over months into the pandemic.

The CEO announced the plan Thursday during Tesla’s annual shareholder meeting at the company’s factory in Austin. The dearth of affordable housing and long commute times are among factors limiting how much the company can expand in the San Francisco Bay area it’s called home for 18 years, he said.

Musk didn’t bring up his clash with local health officials who temporarily blocked his efforts to reopen Tesla’s factory in the city of Fremont last year. The CEO reacted angrily to the county’s resistance in May 2020, saying the company would move its headquarters and future programmes to Texas and Nevada. Tesla sued the county, defied its shutdown order and restarted production.

Critics of Musk’s handling of the public health crisis included a California state assembly member who tweeted his name along with an expletive. The billionaire replied hours later: “Message received.”

Musk formalised the headquarters decision in a relatively more diplomatic fashion. While Palo Alto will no longer be Tesla’s home base, he said the carmaker hopes to increase output in Fremont by 50%. The company also recently started work on what it’s calling a “Megafactory” in the city of Lathrop, where it will make Megapacks, an energy-storage product for utilities.

Tesla was founded in 2003 and first based in San Carlos, California. It announced a move to Palo Alto — the leafy Silicon Valley suburb that’s home to Stanford University and several venture capital firms — in 2009, the year before its initial public offering. Since then, the company has grown from scrappy start-up to the world’s most valuable vehiclemaker.

Tesla’s decision to uproot its headquarters comes despite growing discomfort among some companies with Texas’s policies, including voting restrictions and an abortion law that was just temporarily blocked by a federal judge. Governor Greg Abbott defended those measures last month by claiming the state’s “social policies” have the support of business leaders, including Musk. The CEO responded with a tweet saying he “would prefer to stay out of politics.”

The carmaker joins a number of other tech companies with operations in Austin. Dell Technologies was founded in the city, and Apple and Facebook each have a large presence. Oracle said last year it was moving its headquarters to Austin from Silicon Valley, one of several transplants to the Texas state capital during the pandemic.

“This is the newest economic development trophy on governor Abbott’s wall,” John Boyd, a corporate relocation consultant based in Princeton, New Jersey, said by phone on Thursday. The move is important to the state’s efforts to attract tech talent, he said, and also to Tesla’s efforts to appeal to a wider swath of US consumers with the upcoming launch of Cybertruck, its new pickup.

“Tesla is trying to expand its brand and appeal to Middle America,” Boyd said.

“Mr Musk’s announcement highlights yet again the urgency for California to address our housing affordability crisis and the many other challenges that make it so difficult for companies to grow here,” said Jim Wunderman, president and CEO of the Bay Area Council, which represents companies in the region.

There have been several clues a move was in the offing. Musk — the world’s richest person, according to the Bloomberg Billionaires Index — moved his private foundation to Austin in December. Zachary Kirkhorn, Tesla’s CFO, recently bought a house in the city, and Tesla has datelined each of its last two press releases from Austin.

Musk moved to Texas last year to focus on two big priorities for his companies: SpaceX’s new Starship vehicle, under development on the Gulf Coast near Brownsville, and Tesla’s still-under-construction factory in Austin.

Texas is Tesla’s third-biggest market in the US, behind only California and Florida, despite years of opposition from auto dealers to its direct sales model. The state has no personal income tax, whereas California imposes the highest personal income levies in the nation on its wealthiest residents.

In 2010, Tesla purchased a shuttered auto plant across the San Francisco Bay in Fremont. Roughly 10,000 people work at the plant, a former joint venture between General Motors and Toyota , and scores of other Tesla employees work at showrooms, service centres and offices throughout the region.

Musk’s long-term relationship with California soured in the spring of 2020 during the first wave of the coronavirus. When Alameda County ordered production stopped at Tesla’s plant in Fremont, Musk openly defied public health officials by closing late and reopening early, blasting the rules as “fascist” on an earnings call.

He briefly sued the county, but Tesla has continued to expand its footprint in the Golden State. A new “Megafactory” that will make Mega packs — the energy-storage product Tesla sells to utilities — is under construction in the Central Valley city of Lathrop.

Environmental groups say the firm is being given special treatment, while politicians and locals welcome the potential economic boom
Companies
8 months ago