Mary Barra’s financial targets of about $244bn in ten years are the latest push in her campaign to convince investors that General Motors, not Tesla, will lead car market 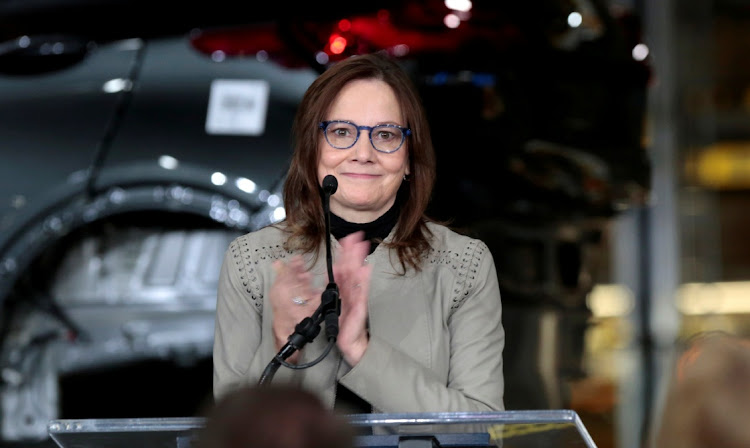 Detroit  — General Motors (GM) CEO Mary Barra told investors on Wednesday the carmaker plans to double revenue by 2030, expanding profits from combustion vehicles as it rolls out new electric vehicles and new digitally powered services in a bid to catch up with Tesla.

If GM succeeds, its annual revenue by 2030 would be about $244bn, and it would be the leader in electric vehicle sales in the US. At GM’s current pretax profit margin of 12%, that would imply annual pretax profits of as much as $29bn.

Barra’s ambitious financial targets for 2030 are the latest push in her campaign to convince investors that GM, not Tesla, can be the leader in both technology development and profitability as the motor industry navigates the most profound technology revolution since the mass-produced Ford Model T.

Barra and other GM executives began a two-day series of presentations to investors at its Technical Center in Warren, Michigan, making a case that GM can transform itself “from automaker to platform innovator” — a reference to Silicon Valley digital platform companies such as Apple that have far higher stock valuations than GM and other incumbent auto manufacturers.

Barra, who took the helm in 2014, has lifted the company’s share price from a narrow band around its 2010 initial public offering price of $33 to almost double that at one point. The shares were trading near $54 on Wednesday.

But with a market capitalisation of about $78bn, GM remains far behind Tesla’s $773bn market cap, reflecting investor scepticism that GM can match Tesla’s battery and software prowess.

Barra and GM president Mark Reuss outlined a plan for a transition to an all-electric fleet by 2035 that starts gradually, then would accelerate between 2030 and 2035. By 2030, more than half of GM’s factories in China and North America will be “capable of EV production”.

GM has said it aspires to produce nothing but electric vehicles by 2035. Reuss said ramping up capacity to meet that 2035 target will depend on the “agility” of the company's factories, which will be able to build both combustion and electric vehicles.

GM’s current workforce and factories are assets, not liabilities, Barra and Reuss said. Electric vehicle start-ups are building new factories at great expense. GM has plants and people it can repurpose quickly and at lower cost, Barra said.

“We want to take the entire workforce along with us,” Barra said.

Among the new vehicles, GM said on Wednesday will be an electric version of the company’s best-selling North American model, the Chevrolet Silverado truck. Barra will reveal the electric Silverado at the CES technology show on January 5, GM said. Suppliers have said that vehicle will be launched in late 2022.

“No-one will be able to touch us in the electric truck space,” Reuss said.

Electric trucks will be a hotly competitive segment in North America, where petroleum-fuelled pickups are the main source of profits for the Detroit Three vehiclemakers.

Ford Motor is on track to beat GM to market with the battery-electric Ford F-150 Lightning early in 2022, and Ford recently said it will double capacity for the Lightning at its Dearborn, Michigan, factory. Ford plans even more electric F-150 production at a complex planned for Tennessee. Start-up Rivian began production of its electric truck in September.

Tesla has delayed the launch of its futuristic Cybertruck.

GM executives have been careful not to make a hard commitment to abandon internal combustion vehicles by 2035, saying that will depend on market demand and government policy.

Still, GM’s embrace of electrification has won over some in an investment community increasingly concerned about climate change. Hedge fund Engine No 1, which successfully challenged ExxonMobil earlier in 2021, on Monday said GM had carved itself a leadership position on battery technology and had a lot of growth ahead.

The target to double revenue by 2030 will depend in part on expanded profits from internal combustion vehicles, such as the Chevrolet Silverado pickup truck line and the carmaker’s successful large SUVs such as the Cadillac Escalade.

The revenue target also reflects Barra’s confidence that GM can build profitable software-driven services around the internal combustion core, and capture new customers with electric vehicles, such as a $30,000 electric Chevrolet crossover wagon.

Cruise, the autonomous vehicle services company majority-owned by GM, is a central piece of the GM strategy. Cruise last week received the go-ahead in California to begin offering rides to passengers, though it cannot yet charge for those rides.

GM is also investing in new operations, such as the BrightDrop e-commerce delivery unit and insurance offered through its Onstar telematics brand. In all, GM said it is managing 20 start-ups to develop new lines of business.

Tesla’s impact on GM was evident throughout the presentations. The company said that by 2023 it will offer a new version of its hands-free driving system, called Ultra Cruise, that will use a LiDAR sensor behind the windshield and other sensors to enable hands-free driving in “95% of all driving scenarios”.

German giants are hedging their bets, developing fuel-cell cars alongside battery-powered ones as part of preparations to abandon fossil fuels
Life
9 months ago
Next Article