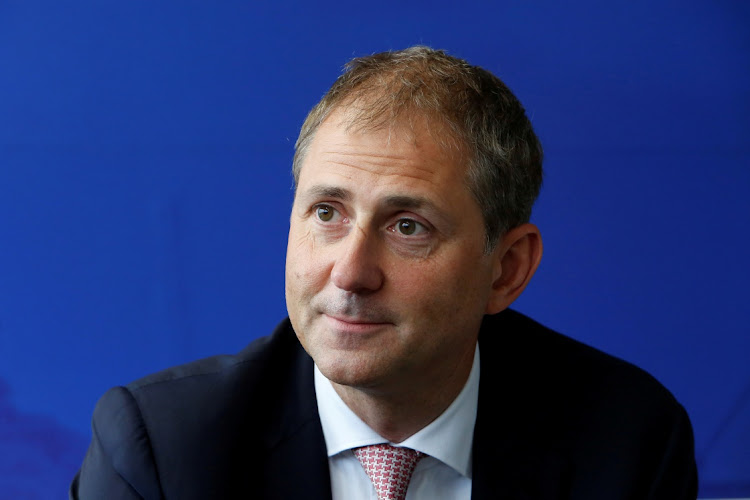 London — Alex Beard is losing his thirst for oil.

Once one of the world’s most powerful oil traders, the former Glencore executive is now raising money to build a portfolio of strategic battery sites across the UK to support the renewable energy industry.

In his first interview since leaving the commodities giant in 2019, billionaire Beard said his Adaptogen Capital investment fund planned to build storage with a capacity of at least 500 megawatts (MW) to power homes when grid supplies fall short.

In his heyday at Glencore, Beard’s team was trading as much as 7% of the world’s oil. The fact he is turning to infrastructure to support renewables is another sign of the way the wind is blowing for the global energy industry.

“I have time for a second career in energy markets. It won’t be oil and gas but it will be the transition away from carbon that will be most relevant for the next 25 years,” he said at his offices off Regent Street in London.

Adaptogen Capital’s fundraising drive comes at a time when the UK’s energy industry is facing one of its worst crises for decades. A perfect storm of low gas supplies globally has sent prices surging while wind and nuclear power have been unable to take up the slack.

“The current crisis gives you a taste of what we will be experiencing more and more often,” said Beard. “Batteries provide you with stability when the grid becomes unstable and are key enabling assets in the energy transition.”

As economies move away from fossil fuels, power grids are becoming increasingly important and governments and companies are looking at how to make them more resilient to avoid the supply outages and price volatility that have plagued networks from China to California in the past year.

Supplies of renewable energy like wind and solar can fluctuate wildly depending on the weather, and the peaks and troughs don’t necessarily correspond with demand, so battery storage has long been seen as a way to help cushion shocks.

At the moment, the UK has 1.1 gigawatts (GW) of operational battery capacity to store power that can then be fed back into the grid when required. An additional 15GW of capacity is under construction or being planned, much of it by companies also investing in renewable power assets.

Beard said Adaptogen’s 500MW of storage will use lithium-ion battery technology. That would be enough to supply about 750,000 homes in the UK, according to a Reuters calculation based on National Grid data.

The National Grid has estimated that under a scenario where the country decarbonises rapidly, it could need more than 40GW of storage capacity by 2050.

“The world has learnt how to build renewables at a large scale and now we need to build enough storage to accelerate that transition to net zero,” said Beard.

He also said renewable power companies have a long way to go to fully understand and integrate trading and price volatility into their operations — the kind of risks that have felled nine energy suppliers in Britain in September as wholesale power and gas prices soar.

At the moment, renewable power companies rarely face spot price risks as they operate under government-guaranteed contracts, which has allowed them to stay competitive with fossil fuels, he said.

But as renewable output grows and government price support expires, the green energy industry would face a steep learning curve to understand how to hedge price volatility better, said Beard, who spent much of his career as a trader.

“Batteries can also be viewed as a volatility trading box for the green energy industry and a crucial asset to add to wind and solar generation,” he said.

The battery response to supply and demand takes milliseconds and can be executed by algorithmic software to take advantage of power market volatility, as opposed to analogue instructions to ramp up output at a traditional fossil-fuel power plant.

Beard, who holds a stake of about 2% in Glencore worth $1.2bn at current prices, has also co-sponsored Energy Transition Partners, a special-purpose acquisition company listed in Amsterdam.

The blank-cheque company raised €175m when it went public in July and is looking at targets in the renewables, electric vehicles and storage asset sectors.

Beard says oil and gas will continue to play a vital part in global energy supply but renewables will grow faster and hundreds of billions of dollars will be spent on the energy transition away from carbon in the coming years.

Glencore’s results come with a strong subtext of “get the superyacht brokers on the line, bonuses are going to be the size of a woolly mammoth”
Opinion
9 months ago
Next Article