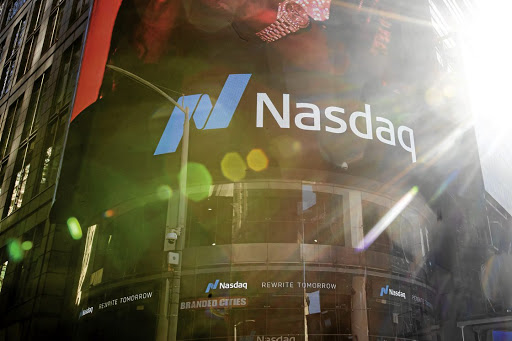 Washington/New York — Expanding its crackdown on the special purpose acquisition company (Spac) sector, the US Securities and Exchange Commission (SEC) has told top auditors of blank-cheque acquisition firms to account more strictly for public shares in these shells, according to multiple industry accountants and lawyers familiar with the change.

SEC staff have privately told top auditors of Spacs that “redeemable” shares issued by these shells must be treated as temporary — known as “mezzanine” — equity, in a break from the long-standing industry practice of treating them as permanent equity, the people said.

The change will cause most Spacs to fall below the minimum equity capital requirement of Nasdaq’s Capital Market tier, pushing those looking to list on Nasdaq to its Global Market tier, which has no equity requirement, the people said.

The development marks the second time in 2021 that the SEC has tightened Spac accounting guidance and is the latest salvo in the agency’s broader crackdown on the Spac deals market, a booming business for Wall Street over the past 18 months.

While the long-term implications of the change in listing status for Spacs in the pipeline are unclear, some industry attorneys and auditors said it is another worrying sign that the SEC is looking for ways to upend long-standing practices in the market.

“It’s a change in accounting treatment and a change in the way the SEC views the issue,” said Jeffrey Weiner, CEO of Marcum, which handles more than 40% of Spac audit work, according to data from SPACInsider.

Spacs are listed shell companies used to take private companies public, sidestepping the more traditional and lengthy initial public offering (IPO) process. In an era of free-flowing money, more than $100bn in Spac deals have been inked so far in 2021.

With less initial regulatory vetting than IPOs, the SEC has said the boom in Spac deals puts investors at risk. It has increased scrutiny of the sector, from Spac marketing and fees to disclosures, conflicts of interest and accounting treatment.

In April, the SEC issued guidance suggesting hundreds of Spacs should account for equity warrants as debt, putting a damper on the market and driving efforts to test new contracts.

In recent months, SEC staff have also questioned whether redeemable shares in the listed Spac shell should be treated as permanent equity, since shareholders have the right to sell those back to the Spac if they do not like the deal it proposes.

In recent weeks, the SEC has told the auditors in private discussions that they should treat those redeemable shares entirely as “temporary equity”, the sources said.

The SEC’s new stance is in line with its official guidance on how to treat redeemable shares and Generally Accepted Accounting Principles (GAAP).

However, because of the unique terms of some Spac charters, which require that they hold a minimum permanent equity balance of $5m, Spac auditors have long treated redeemable shares as permanent equity to meet that threshold, without objection from the SEC, the people said.

“The current accounting treatment had been in place and accepted for years,” said Weiner. Some Marcum partners have spoken with SEC staff about the issue, he said.

Other major Spac auditors include Withum and KPMG. Spokespeople for the two companies declined to comment.

The sources said it was unclear if the SEC would issue public guidance on the issue. The regulator declined to comment.

A Nasdaq spokesperson confirmed that the accounting change has forced Spacs to switch their planned listings from its Capital Market to its Global Market.

While the SEC’s new stance is unlikely to be as disruptive for the Spac industry as its April guidance, it is creating a headache for Nasdaq. Spacs have traditionally listed on its Capital Market, which is generally for companies focused on capital raising and which has minimum capital requirements.

While its Global Market has no minimum capital requirement, it does require Spacs to have 400 shareholders, 100 more than the Capital Market, which could be problematic for some Spacs. The Nasdaq is working on a rule change that will allow companies to list on the Global Market with 300 shareholders, the spokesperson said. It is unclear when that would come into effect.

Nine Spacs now trade on the Global Market, according to Nasdaq data, all of which listed since June 2021, when the SEC began to question the treatment of redeemable shares.