Zara pulls ahead of H&M in race to lift sales 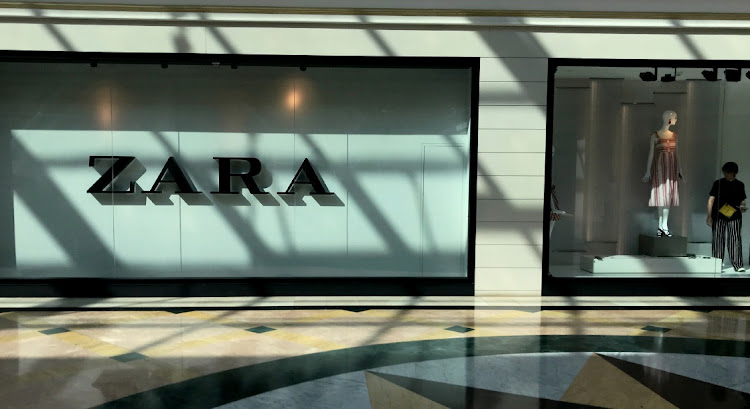 A worker decorates the shop window at a Zara store in Majadahonda, near Madrid, Spain. Picture: REUTERS/SERGIO PEREZ

Madrid — The owner of fashion brand Zara, Inditex, has outpaced Swedish rival H&M in its efforts to bounce back from the coronavirus crisis, with second-quarter sales rising above pre-pandemic levels.

The world’s biggest fashion retailer’s sales in the quarter edged above levels seen before the pandemic as most stores reopened and people rushed to renew their wardrobe after store closures imposed to curb the spread of the virus.

Rival H&M’s sales grew less than expected from a year ago in the three months to the end of August, and remained lodged below pre-pandemic levels. H&M said lockdowns and restrictions hampered its development, particularly in Asia.

Inditex executive chair Pablo Isla said that sales in stores and online were progressively recovering across all brands and markets, despite some restrictions in Asia due to the pandemic.

“We have had a strong start in the autumn winter season,” he told a conference call. “Inditex competitive differentiation is bigger than ever.”

Analysts said consumers had shifted their spending recently to focus on fashion workwear as big cities slowly returned to normality and most lockdowns were lifted, a trend that is benefiting the Inditex brands, which include Zara and Massimo Dutti.

Inditex said sales accelerated in the May-July period to €6.99bn, 7% higher than in the same period in 2019, as shoppers started buying clothes again for summer social events.

The sales during the second quarter were in line with the €7.02bn expected by analysts polled by Refinitiv.

Inditex said shop and online sales at constant exchange rates between August and the first week of September were 22% higher than a year ago and 9% higher than in the same period of 2019.

Although fashion retailers are recovering from the pandemic, the spread of the Covid-19 Delta variant means some restrictions have been reintroduced, while many industries, including fashion, face supply problems due to a shipping container shortage and other bottlenecks.

Shares in H&M, which reports fuller quarterly figures at the end of the month, traded 3.3% lower at 9.40am GMT, while Inditex slipped 1.6%.

During the pandemic, Inditex strengthened its digital retail platform and shut its smaller outlets worldwide in favour of expanding flagship stores able to function as mini distribution hubs.

Inditex said 99% of all of its stores have reopened and is currently operating 6,654 stores worldwide compared with 7,337 stores a year ago.

Chair Isla said one of its biggest Zara stores will open in Paris by October and its Uterque brand will integrate into Massimo Dutti stores by next year, under a digital transformation strategy that he said was being accelerated.

Inditex online sales rose 36% in the first half compared with the same period in 2020, when restrictions on mobility in key markets including Britain, Germany and France forced shoppers to buy from home.

The company expects online sales to exceed 25% of total sales this year and it will launch a men’s sports collection under the name Zara Athleticz at the end of September.

Gucci revenue jumped 86% on a comparable basis during the second quarter, owner Kering said on Tuesday
Companies
2 months ago