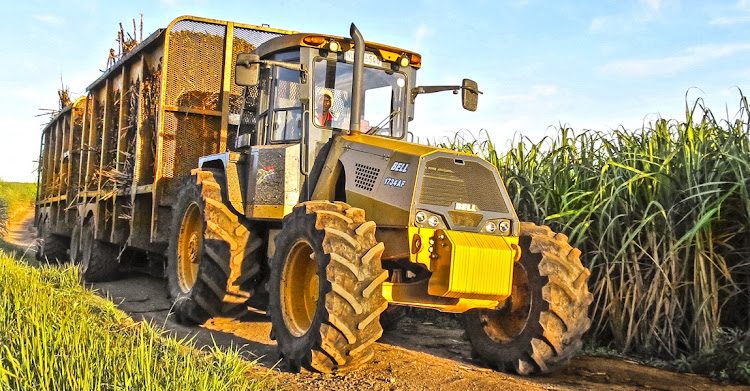 Bell Equipment, which supplies heavy-duty equipment in mining, construction and agriculture, says the political unrest in July that forced the temporary closure of its factory in Richards Bay and the cyberattack at state-owned Transnet Freight Rail has highlighted the need to mitigate risk in its supply chain and manufacturing plants.

“The group will focus on this going forward so that our customers around the world can have trust in our ability to support them regardless of local, regional or international events,” the company said in a results statement on Thursday, without giving details.

Founded in 1954, the KwaZulu-Natal-based company has a global footprint that spans Europe, US and Asia.

The July unrest, which was sparked by the arrest of former president Jacob Zuma for defying the Constitutional Court order to appear before the state capture commission of inquiry, brought to a standstill operations at both the Durban and Richards Bay ports.

Bell Equipment, which returned to profitability in the six months to end-June, said the outlook in the US and UK in particular was positive going into the second half of the financial year, citing the financial stimulus that is focused on construction and infrastructure development. It said it expected no growth in SA. 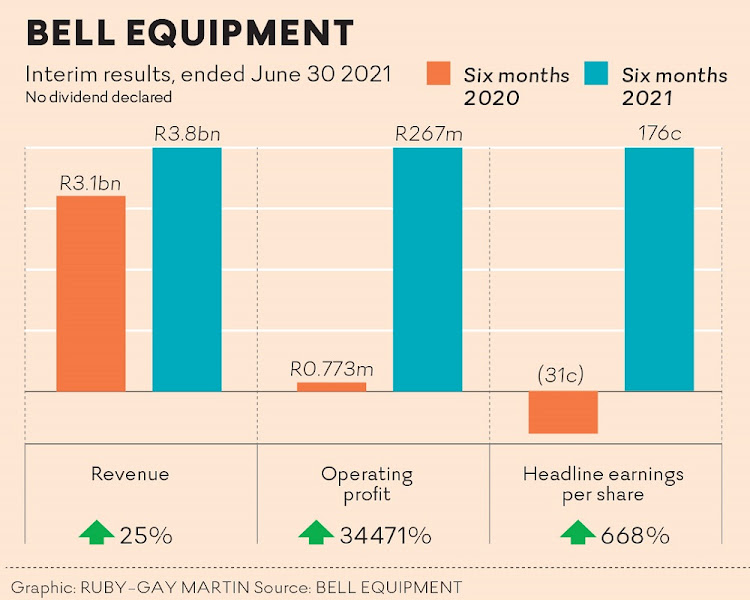 Headline earnings per share, the main profit measure that excludes exceptional items, was R1.76 in the six months to end-June, from a headline loss per share of 31c a year ago.

The turnaround in its fortunes was attributed largely to increased production volumes at the SA and German factories and the opening up of the global economy, which increased demand for its suite of equipment.

Available to all Bell operations and dealers to advertise their pre-owned Bell machines, the portal gives customers worldwide a user-friendly and convenient website where they can shop for  pre-owned equipment.

Bell Equipment swings into a loss as sales plummet

IA Bell is in talks to buy the 31.41% stake of Bell’s second-largest shareholder, US agricultural equipment seller John Deere
Companies
1 year ago
Next Article