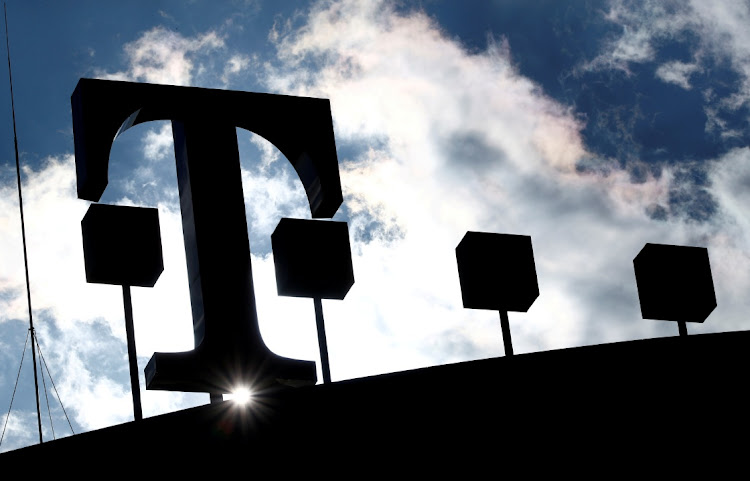 A Deutsche Telekom sign silhouetted against the sun and clouds atop of the headquarters of the German telecoms giant in Bonn, Germany. File photo: REUTERS/WOLFGANG RATTAY

Berlin/Tokyo — Deutsche Telekom has struck a share-swap deal with Softbank Group to increase its stake in US unit T-Mobile and sold its Dutch unit in a major restructuring that strengthens the German group's transatlantic focus.

As a result of the two deals announced on Tuesday, Deutsche Telekom will raise its stake in T-Mobile US by 5.3% to 48.4%, bringing CEO Tim Hoettges closer to his goal of securing direct control over the $170bn US telecoms operator.

Softbank will in return receive cash and a 4.5% stake in Deutsche Telekom, establishing a direct shareholding relationship after the Japanese group sold its US Sprint unit to T-Mobile in a deal that closed in early 2020.

The latest transactions seek to lock down that deal by bringing Deutsche Telekom within touching distance of majority ownership over T-Mobile US — which accounts for three-fifths of group sales and is its most profitable unit.

For Softbank founder Masayoshi Son, the share swap deal substitutes a residual stake in the US business for a strategic holding in Deutsche Telekom, which is also present in a dozen European countries.

“This is a very attractive transaction for Deutsche Telekom and its shareholders to further benefit from the value creation potential in T-Mobile US and beyond,” Hoettges said.

“But we are not just increasing our stake in T-Mobile US — we are welcoming SoftBank as a new key investor and strategic partner for Deutsche Telekom.”

Softbank's Marcel Claure said: “This is a landmark transaction that is a true win-win-win for our portfolio companies, SoftBank and Deutsche Telekom.”

Shares in Softbank, which is the world's biggest tech investor through its Vision Fund portfolio, rallied by 10% on the news in Tokyo, while Deutsche Telekom was up 2.4% in premarket trading in Frankfurt.

Deutsche Telekom acquired control of the Dutch business from Sweden's Tele2 in 2018 but never considered the unit, which ranked a distant third behind KPN and Vodafone Ziggo, as a core asset.

Still, with Deutsche Telekom carrying a debt load of nearly €130bn, the extent of its existing leverage meant it was always going to be hard to pay cash to gain majority control over T-Mobile US.

Under the share swap deal, Deutsche Telekom will issue 225-million new shares valued at €20 — 12% above their current market price — to Softbank.

In return, Softbank will sell about 45-million T-Mobile US shares to Deutsche Telekom at an average price of $118 per share. That compares to last week's closing price for T-Mobile US of $136.

In addition, Deutsche Telekom will buy about 20-million shares in T-Mobile US from Softbank with the proceeds from the Dutch sale — adding to the cash windfall for the Japanese investor.

Proposal would give state-run firms control of the world’s largest ride-hailing company, according to people familiar with the matter
Companies
9 months ago